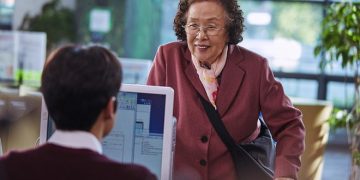 According to OSEN’s report on February 19th, Na Moon-hee‘s mother passed away at 101 years old. The mortuary will be set up at the funeral hall of Eunpyeong St. Mary’s Hospital late in the afternoon. Na Moon-hee is having a filming schedule, but she is trying to say goodbye to her mother while suppressing her sadness.

Na Moon-hee
Na Moon-hee, who was born in 1941, said at a press conference for the movie “A Little Princess” in October 2019, “My mother is still alive. She’s 98 years old. The outfit I wore in the movie is my mother’s. She really likes pretty things. She always dresses up beautifully.”

Meanwhile, Na Moon-hee, born in Beijing, China, returned to her home country with her family in the year of Korea’s liberation. Her aunt is known as Na Hye-seok, the first female Western painter in Korea.