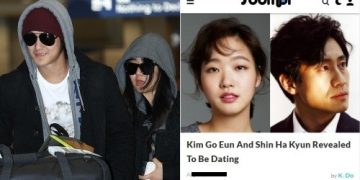 6 Pairs Of Korean Celebs Who Actually Dated
You’ll be surprised by some of them!

It’s always big news in South Korea whenever a Korean celebrity couple is revealed to be dating. Their relationship is either confirmed by their respective agencies or sometimes, they announce it themselves. Fans would rejoice once a new pair is born but once their breakup is declared, it’s a truly devastating moment for them

Here are six pairs of Korean actors that you may not know have actually dated:
1. Kim Go Eun and Shin Ha Kyun 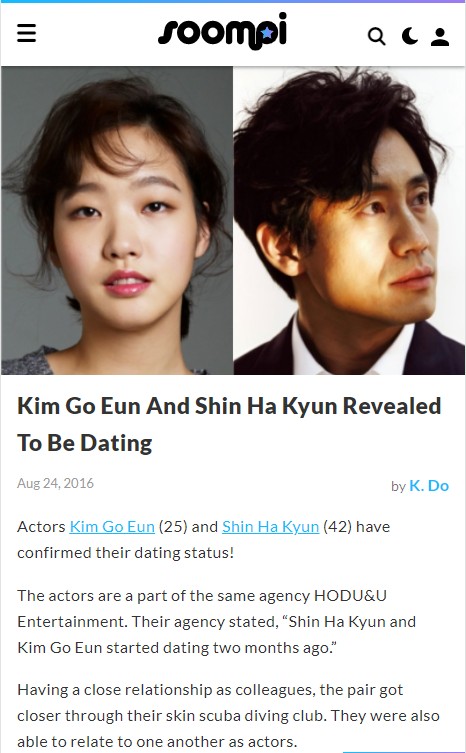 In August 2016, Goblin star Kim Go Eun and Beyond Evil’s Shin Ha Kyun were reported to be dating and it was confirmed by their agency, HODU&U Entertainment. Despite their 17-year age gap, the two developed feelings for each other not just because they’re in the same field—they also love scuba diving. In fact, they’re both members of a skin scuba diving club! Fun fact: A week before the announcement, Ha Kyun’s Detour co-stars have actually hinted about their romance in a TV show episode: “I heard that he wants to go diving with the girl he likes.” Cute! Unfortunately, the couple ended their relationship after eight months because of their busy schedules.

Working in the same project paved the way for Kim Bum and Moon Geun Young to fall for each other in November 2013. They both starred in the MBC historical drama, Goddess Of Fire. The couple went on a trip to Europe in the same month of their dating announcement and were seen in matchy-matchy outfits while holding hands. However, Kim Bum and Geun Young broke up the following year. They maintained their relationship as colleagues, per Geun Young’s agency.

Just like Kim Bum and Moon Geun Young, Gunman In Joseon stars Lee Joon Gi and Jeon Hye Bin went from K-drama loveteam to real-life couple. Their relationship was announced in April 2017, but their agency clarified that they began seeing each other in early 2016. According to Hye Bin, Joon Gi initially look at her as his sunbae (senior) and soon enough, they became more comfortable with each other. He would even leave a lot of comments on her social media account! Sweet, right? But due to their busy scheds, they eventually broke up in August 2017. 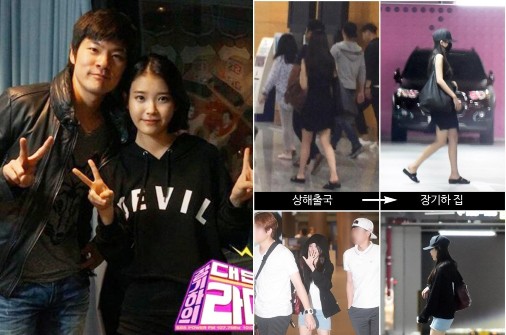 Hallyu superstar IU met singer-songwriter Jang Ki Ha, who’s her senior of 11 years, during a radio show. Their romantic relationship was revealed by Dispatch in October 2015 and in their report, the South Korean news group said that the couple would make time for each other regardless of their hectic schedules. IU then shared more of their love story on her fan cafe website: “It’s been almost two years since we’ve dated. He is a boyfriend whom I have a lot to learn from and I am thankful for that.” Come January 2017, IU and Jang Ki Ha have called it quits after four years of dating. 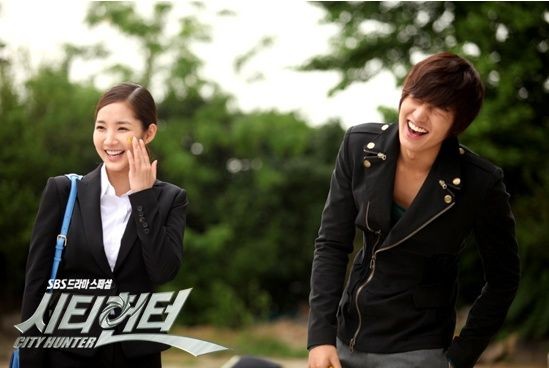 Thanks to the high-rating K-drama City Hunter, Lee Min Ho and Park Min Young grew fond of each other! Their relationship was officially announced in August 2011 by Min Ho’s former agency, StarHaus Entertainment. As written by Soompi, a person who’s close to them stated that they didn’t want to make their relationship public so they had to be *very* careful whenever they go on dates. At the same time, they would often bring a mutual friend with them. By 2012, the couple parted ways and were “back to just being friends.”

Here’s a Korean celebrity couple with an ~unusual~ dating announcement: Last year, Start-Up actress Stephanie Lee and Korean rapper Loco were rumored to be in a relationship. it was also reported that they got to know about each other through an acquaintance. But before they even confirm things, both of their agencies have announced that they’ve just broken up! “They recently ended their relationship. They’ve decided to maintain an amicable relationship as colleagues,” said AOMG, the label that handles Loco.