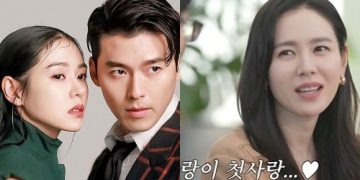 Actress Son Ye-jin revealed her relationship with Yoo Jae-suk.
The official YouTube channel of tvN’s entertainment program “You Quiz on the Block” unveiled a pre-release video for the broadcast on Feb 16th. 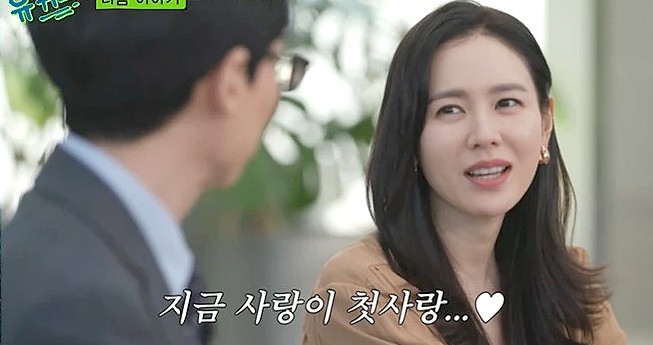 Son Ye-jin agreed enthusiastically, “We bungee jumped together on ‘Running Man’. We also went to the Brazil World Cup as the cheering squad’s members on ‘Infinite Challenge’.”

Yoo Jae-suk continued, “What surprised me at that time was that she did so many hidden cameras on her own. She did it twice a day. After that, I got really tired of it.”

Son Ye-jin mentioned the reason why she decided to appear on “You Quiz on the Block“, “As an actor, don’t you have a duty to promote a new work? I came out on ‘You Quiz’ because of Jae-suk.”

When Yoo Jae-suk asked “Your co-stars such as Go Soo, Ji Jin-hee, Cha Tae-hyun, Jung Woo-sung and Jo Seung-woo appeared on ‘You Quiz’. Did you watch Jo Seung-woo’s episode?”, Son Ye-jin replied wittily, “I watched it. But nothing impressed me.”

Upon hearing Son Ye-jin‘s answer, Yoo Jae-suk made everyone burst into laughter as he panickedly exclaimed, “Seung-woo might get hurt.”

Son Ye-jin‘s appearance in “You Quiz” was hot from the preview due to the news of her marriage to Hyun Bin. In the preview, special MC Lee Mal-nyeon, who replaced Jo Se-ho, asked, “I’m curious about the first love of ‘the nation’s first love’.”

Son Ye-jin smilingly replied, “My current love is my first love”, expressing her affection towards Hyun Bin. “You Quiz on the Block” featuring Son Ye-jin will air at 9:40 p.m. on Feb 16th.

Meanwhile, Son Ye-jin is planning to marry actor Hyun Bin in March. The two became a couple after starring together in the movie “The Negotiation” (2018) and tvN’s drama “Crash Landing on You” (2019).