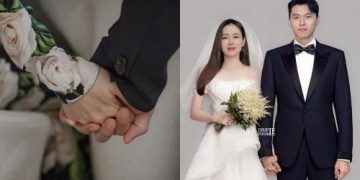 After Son Ye Jin and Hyun Bin announced that they’ll be tying the knot in March, many of her celebrity friends took to Instagram to congratulate her on the exciting news!

On February 10, both Hyun Bin and Son Ye Jin released separate statements on Instagram announcing that they planned to get married. The couple began dating after starring together in the hit drama “Crash Landing on You,” and they publicly confirmed their relationship in January 2021.

Expressing her excitement with a generous string of hearts and kiss emojis, Song Yoon Ah wrote, “Our Yejinnie………….. let’s talk when we meet up~~~~~~”

Meanwhile, Lee Jung Hyun enthusiastically wrote, “Yay~~~ our Yejinnie, I’m tearing up so much~~! You and Bin will make a really, really beautiful married couple.”

Once again, congratulations to the happy couple!