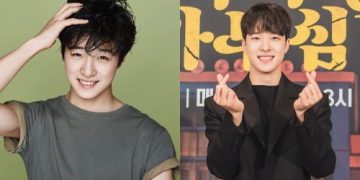 Actor Nam Da Reum has confirmed that he will be joining South Korea’s mandatory military service.

On February 1 KST, Nam Da Reum went to his fan cafe to personally deliver the news of his mandatory military enlistment.

Here is Nam Da Reum’s personal message to his fans:

“Hello. This is Nam Da Reum.
Are you enjoying your Lunar New Year holiday? I hope all our Unique (fandom name) members have a happy new year, and spend a healthy year in 2022.
I wrote this because there was news that I wanted to relay directly to you all. One week later, on February 8, 2022, I am scheduled to enlist in the military. I had apologetic feelings towards Unique members because I couldn’t tell you in advance, as I was quietly preparing after the date was confirmed. But I am relaying the news here because I wanted to let Unique members hear the news first.
Ever since I was young, it was my goal to enlist in the military early. I couldn’t go [to the army] when I was 20 years old, but I think it’s a good thing that I am able to at least go at age 21. After I return, I will show you even better sides of myself as an adult, and as an actor. Unique members, please be careful of your health. I will return as a more mature person.
Thank you.”
Meanwhile, Na Da Reum started her acting career as a child star by appearing in the 2009 KBS2 drama ‘Boys Over Flowers’.