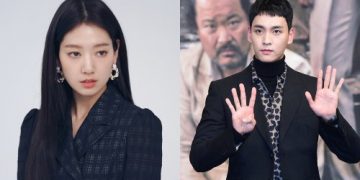 Park Shin Hye and Choi Tae Joon have started a sweet married life together after their super wedding on January 22nd.

After an extravagant wedding, Park Shin Hye and Choi Tae Joon have officially become a family. After a series of wedding photos, the actress first shared about her married life on Instagram on January 27th and quickly made people excited.

At first, people would think that the actress’s family has 3 members, including herself, her husband and wife and their unborn baby. In fact, however, the number of members in the newly-weds’ family has reached… 7. The reason is that Choi Tae Joon and Park Shin Hye had 2 cats each, and now they all move in with their owners.

After more than 4 years of dating, Park Shin Hye and Choi Tae Joon have decided to tie the knot. Their grand wedding is still a hot topic of discussion.
Park Shin Hye and her husband’s pets quickly became close, making the actress say, “It’s hard to believe but now they’re a couple. My family has 4 cats”. These are the first images of the sweet marriage of the beauty from “The Heirs”.