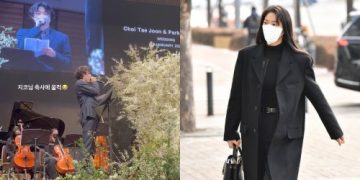 Choi Tae-joon’s best friend Zico warned groom Choi Tae Joon “If you dare to hurt shinhye, I will hunt you down and I will hurt you.”

In particular, there are two guests that stood out. Both AOA Seolhyun and Zico attended the wedding ceremony. Zico, who is a best friend of the groom Choi Tae-joon, also read a letter written by himself. In August 2016, Zico and Seolhyun were reported to have been in a romantic relationship for 5 months. A media outlet also released photos of their dates. However, the two broke up 3 months after confirming their dating rumor.