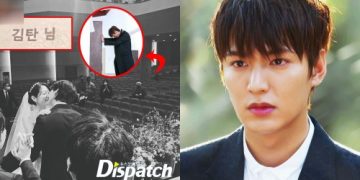 Revealing the attitude of a special guest at Park Shin Hye’s wedding, Lee Min Ho was extremely touched and confused when he saw how Park Shin Hye remembered him.

Revealing the attitude of a special guest at Park Shin Hye’s wedding, Lee Min Ho was extremely touched and confused when he saw how Park Shin Hye remembered him.

Revealing the attitude of a special guest at Park Shin Hye’s wedding, Lee Min Ho was extremely touched and confused when he saw how Park Shin Hye remembered him.
South Korean actors Park Shin-hye and Choi Tae-joon tied the knot on Sunday in a private ceremony in Seoul. SALT Entertainment, the talent agency representing the two, shared dreamy pictures of the couple on their Instagram page.

The actors’ fans around the world expressed their delight on social media sites. They are also sharing pictures and videos from the wedding ceremony.
As we all know, actor Lee Min Ho also appeared at the wedding as a guest.

However, a wedding guest recently revealed something special about this special guest.

It was revealed, Right after appearing at the entrance of the wedding venue, the actor was extremely emotional (“He appeared confused and emotional “) after seeing the nameplate of the seat is “Kim Tan”. Many people think that the actor was touched when he saw Park Shin Hye still remembering the two’s memories of filming The Heirs.

9 years ago, Lee Min Ho and Park Shin Hye had the opportunity to work together in the movie The Heirs. The character name played by Lee Min Ho is Kim Tan. 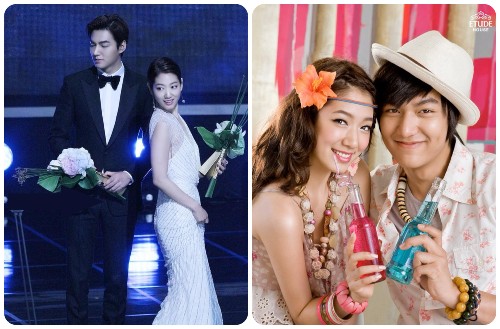 Right after the movie, they were also involved in many dating rumors.