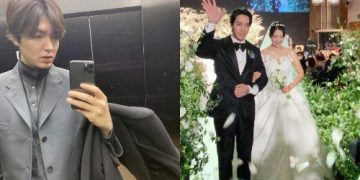 Special guest, Park Shin Hye’s rumored boyfriend Lee Min Ho appeared at the wedding with the message “Do I congratulate you?”

Special guest, Park Shin Hye’s rumored boyfriend Lee Min Ho appeared at the wedding with the message “Do I congratulate you?”

Special guest, Park Shin Hye’s rumored boyfriend Lee Min Ho appeared at the wedding with the message “Do I congratulate you?”
‘Kim Tan’ will definitely not be absent from the wedding of ‘Girlfriend’

Lee Min Ho took to Instagram to share a selfie of him looking dashing in a suit, and he also gave a peek at the wedding invitation she had sent him. Her name is written on the card, but instead of “Lee Min Ho,” she addressed him as “Kim Tan,” which is the name of his character in “Heirs.” In the caption, he wrote, “Do I congratulate you?” parodying his famous line “Do I like you?” from the drama. 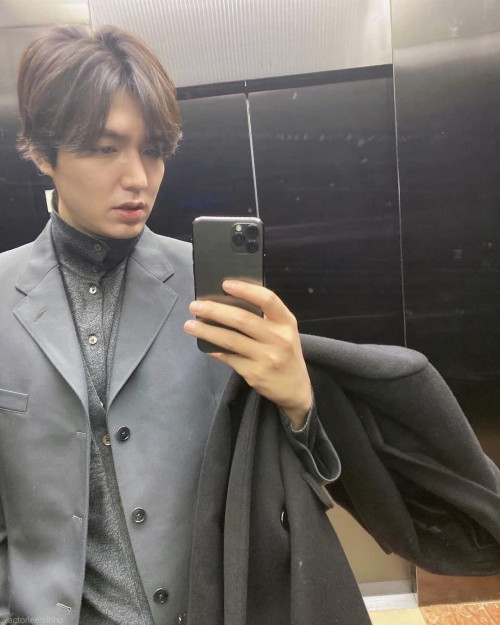 Netizens reacted to Lee Min Ho’s whimsical Instagram update with comments like, “This is hilarious kekekekekeke”, “She sent it to Kim Tan kekekekekeke”, “Tan always acted like he couldn’t live without Eun Sang, but in the end, he was a good sport and went to her wedding kekekekekeke”, “I knew those two would never work kekekekeke”, “Where’s Young Do kekekekeke”, “OMG I can’t believe ‘The Heirs’ is gonna turn 10-years old next year TT”, and more.

In 2013, the two actors played lovers on the hit SBS drama “Heirs.” They’re still one of the most memorable K-drama couples, so fans were thrilled to see this “Heirs” moment.