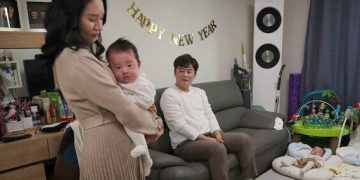 Apartment prices soar in Korea during the wedding season, a young Korean couple has a headache because of house prices.

Working hard and saving as much as possible, many couples in the land of kimchi still cannot afford to buy social housing and cheap apartments.
Kim Su-yeong (36 years old) has given up hope of having a home and having children, according to The Hankyoreh.

“It seems like I can’t have children and raise them. When housing prices rise relative to wages, I can’t find a place to live in Seoul.”

Kim works at a library. He and his wife earn 4 million won per month. The apartment they live in is currently 26 square meters and has two rooms.

To rent the apartment long-term, they take a deposit fee of 170 million won. More than half of this money both have to borrow.

“I’m worried that when the lease will end next year, we will spend another 100 million won for the slightly better places, while the affordable apartments have also increased by 40-50 million won,” Kim said. speak. 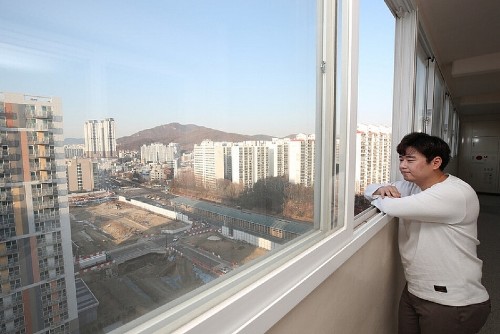 Many Koreans give up their dream of buying a home when housing prices skyrocket.

Social housing was once seen as a solution for young couples because it was cheaper than the market price.

But since President Moon Jae-in was elected, housing prices have skyrocketed. Newly married couples in their 30s like Kim have almost all given up hope of owning a home in the current climate.

Those who are most affected by rising housing prices are the group that do not own their own homes. Meanwhile, those who invest by buying 2nd and 3rd houses are less affected. 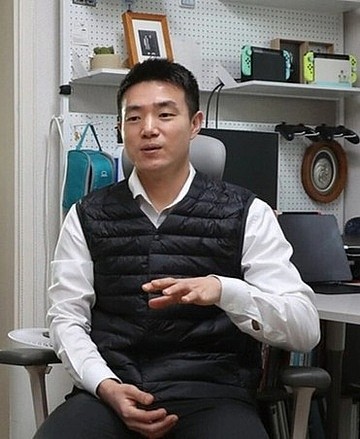 In the run-up to the presidential election in March, the main campaign pledges remain around tax breaks for homeowners, transfer taxes and property taxes.

The only commitment that benefits non-owners is the delivery of 2.5 million new homes over the next five years.

Kim Su-yeong and her husband are targeting suburban areas even though it can take 4-5 hours to work each day.

“Gyosan, a neighborhood of Hanam, costs 500 million won and Hoecheon costs 300 million won. There are public listings for up to 800 million won in Gwacheon. Is that really ‘social housing’? ?” Kim said.

With their current income, Kim and his wife only save 1 million won per month.

“Town of Hope” to despair

Kang Gi-woong (34 years old) won the lottery and won the opportunity to buy an apartment in a housing project called “Town of Hope”.

The project of affordable housing for newlyweds in Woram neighborhood, Uiwang, Gyeonggi province, started in November 2021.

“The moment the lucky draw was drawn, I turned to my wife and said we would have to skip anniversaries and birthdays for the next couple of years. I just don’t know if we’ll actually be homeowners.” , said Kang.

However, the anxiety that enveloped his family was at that seemingly happy moment.

Kang and his wife could not count on their parents’ financial support and their entire accumulated wealth was 20 million won. 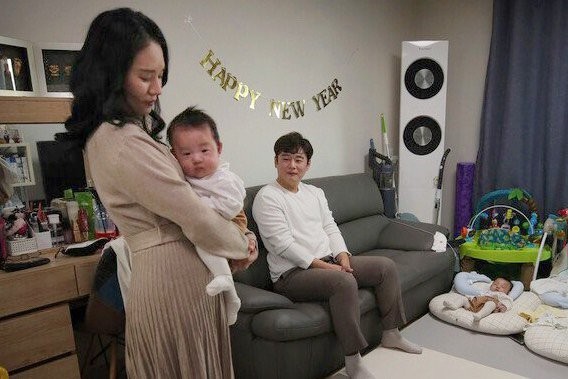 Kang Gi-woong and his wife and two children in an apartment in Gyeonggi Province.
That means the two need at least 390 million won more to own the 55 square meter house they won the right to buy through a lottery.

Kang’s wife quit her job as a nurse after giving birth to twins in August 2021. Kang has a monthly salary of just over 3 million won. Even if the family diligently put aside 1.5 million won/month for the remaining 4-5 years before the apartment is handed over, they still can’t afford to buy it.

In addition, apartment prices may continue to increase in the following years.

“In a group chat on KakaoTalk for homebuyers, some said that the final house price could be 450 million won. It’s okay for people with money, but most are not rich at all. and very worried.”

For many newlyweds, the “Town of Hope” can become a source of despair.

“We can’t cut down on the cost of raising the kids, so to afford a house, we’ll have to spend less on the couple’s food and sundries,” Kang said.

The father-of-two shared that he could not understand when some people argued that owning multiple homes “is based on individual ability”.

“Who created those abilities? When someone is born on the third base, it’s just a home run. But for me, getting to the first base is still difficult,” Kang used the ball. baseball to talk about buying a house in Korea.