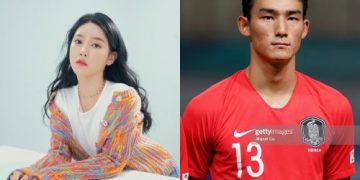 On January 18, the management company Think Entertainment announced that Soyeon (former T-ara member) will marry player Cho Yu Min after 3 years of dating. The wedding ceremony will be held in November, after the football season ends.

IU gave her best friend Jiyeon a pearl tiara as a wedding gift, “Always live like a queen”

This information surprised fans because Soyeon had never revealed a “hint” of dating before. Another curious thing is that Cho Yu Min was born in 1996, 9 years younger than Soyeon. He currently plays for Suwon FC and the South Korean national team. He and the Korean U23 team won the gold medal at ASIAD 2018.
Congratulations to the couple on their upcoming marriage!