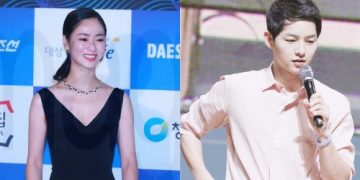 Jeon Yeo Been suddenly praised ‘her rumored boyfriend’ Song Joong Ki “He is a virus that spreads happiness”
Jeon Yeo Bin had interesting sharing during filming with Song Joong Ki.

In a recent interview with StarNews, Jeon Yeo Bin recalled her experience filming Vincenzo. In the movie, the actress plays the role of Hong Cha Young – a lawyer with a cold and strong head.

Song Joong Ki Thanking Everyone For Supporting Vincenzo While They Were Filming! 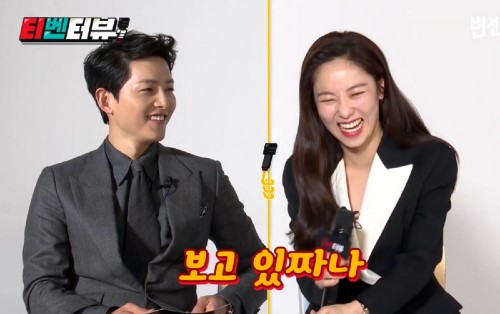 In the interview, she also gave many good words to her male colleague Song Joong Ki, making fans excited.
Jeon Yeo Been said, “The set of ‘Vincenzo’ was like a playground. Even if you didn’t have filming scheduled, you’d go to visit someone else’s shoot. Everyone loved the drama and loved and depended on each other. Song Joong Ki, as the main character of ‘Vincenzo,’ He was a virus that spreads happiness to everyone. Because he was at the center, we were all happy. Director Kim Hee Won also gave us a lot of strength. The two of them shared so much happiness that the rest of us didn’t have to work hard to enjoy ourselves.”

She said that the cast still keeps in touch. “I go to see the plays of Kim Yeo Jin, who played Choi Myung Hee,” she said. “Choi Myung Hee was a character who was beyond gender. She wasn’t an ‘evil woman character,’ she was a villain that had nothing to do with her gender. I think that that character was able to come into existence because of Choi Myung Hee. It was really fun to act with her. I think it would’ve been more fun if Choi Myung Hee and Hong Cha Young had butted heads more.”