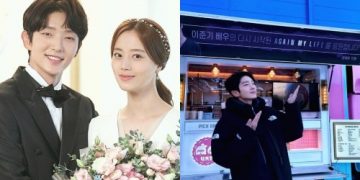 Soon after, the actor posted photos of him taken next to the coffee truck sent by Moon Chae Won onto his personal Instagram. The actor expresses his gratitude, “It must have been difficult to arrange delivery to the set. Thank you for your support, Chae Won! Let’s warm ourselves up with a cup of tea. Fighting everyone!”. 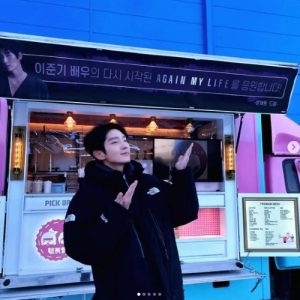 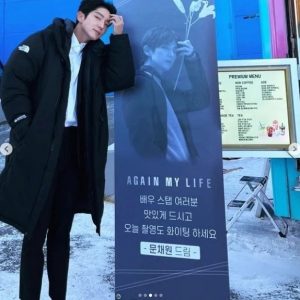 They worked together in the drama Flower of Evil in 2020. The chemistry between Lee Jun Ki and Moon Chae Won is one of the major reasons for the success of Flower of Evil. On Korean online communities, viewers give plenty of praise for the two’s romantic tension. 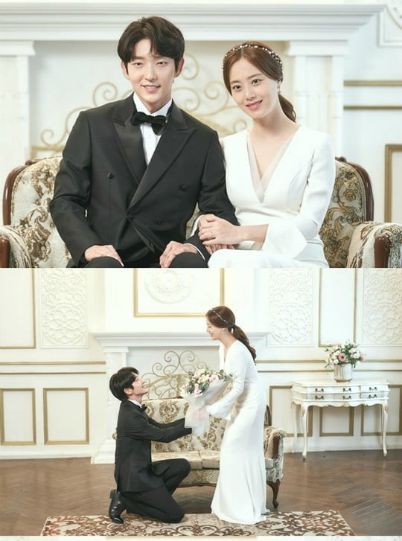 Moon Chae Won and Lee Joon Gi played husband and wife in Flower of Evil.
Lee Joon Gi is currently filming Again My Life – a new SBS drama about a young prosecutor who starts all over again after being tragically defeated in taking down a powerful man. In the drama, Lee Joon Gi plays Kim Hee Woo, who gets falsely accused while investigating a corrupt politician.