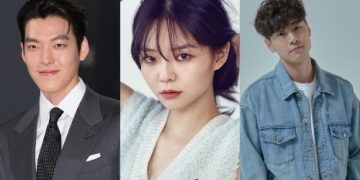 January 12, Director Cho Ui Seok of the upcoming movie “Courier” has confirmed the cast, This will also be the return project of actor Kim Woo Bin.

Set in 2071, it follows the story of survivors who struggled to live amid extreme air pollution caused by the city’s downfall.

“The Heirs” star will take on the character of 5-8, who is known as the legendary delivery knight.

Joining the “Courier” cast is Esom, playing the role of ambitious soldier Seol Ah. Despite the cathartic status of the city, she is eager to fulfill her dream to become Minister of National Defense.

Kang Yoo Seok will be a refugee boy who envies 5-8 and targets to be the top delivery courier.

Following the confirmation of the cast, Netflix is yet to announce the start of the production or the target month of its debut.