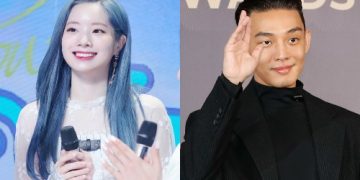 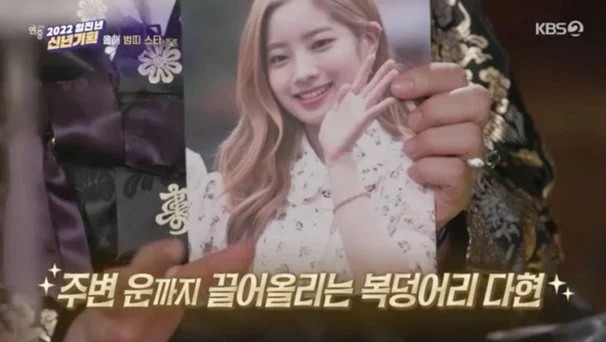 Actor Choi Min-sik was chosen as the representative for stars who were born in the year of the tiger and are now in their 60s. Talking about Choi Min-sik, the fortune-teller said, “I think he’s going to do well. He might have a hit, making his name become more famous and earning more money. But he should be careful to avoid bodily injuries and money-related damage.” 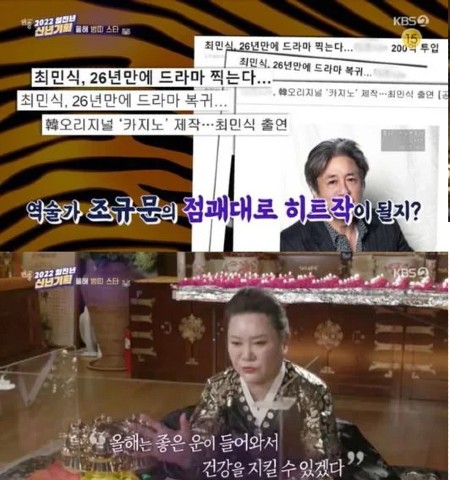 In addition, the shaman mentioned Choi Soo-jong and said, “He will almost die twice in order to live well. Luck will come and support him this year. He can protect his health.”

Among celebrities in the 40s age group, former basketball player Seo Jang-hoon received predictions for his performance. The fortune-teller said, “Seo Jang-hoon’s fortune is different from the others. He has a strong build. This is the prize of longevity he earned from the past. His heart is soft and delicate. In 2022, his authority, as well as the scope of his activities, will expand”. The shaman added, “He was born in his mother’s womb with money in both hands.” 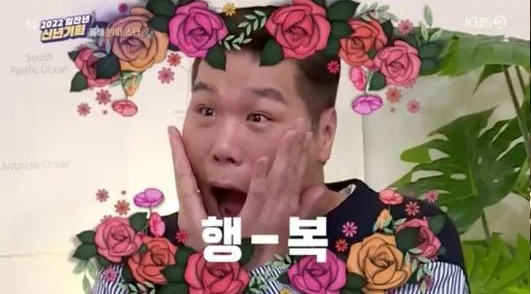 Among celebrities who are in their 30s, one person was pointed out with a comment, saying, “Not many people can make a big hit like this one”. The shaman then predicted Yoo Ah-in’s performance. Regarding Yoo Ah-in’s fortune, he said, “Money is rolling around him. He can see money everywhere around. He only has to be careful with what he says. He should save his words a little bit.” 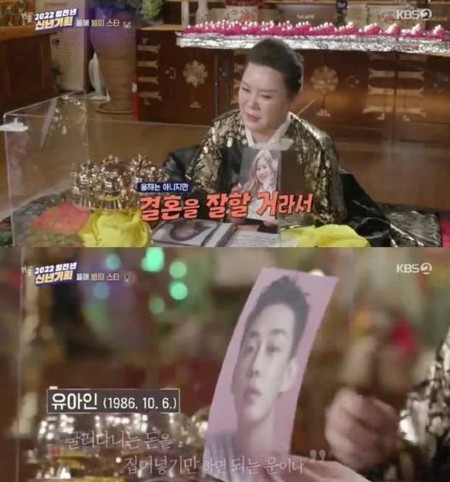 Regarding stars in the 20s age group, they raised expectations for the performance of TWICE Dahyun. Talking about Dahyun, the shaman said, “She has a lucky ball that said she could create something from nothing. She will meet a precious person. She will have a nice marriage. If she gets married into a house that doesn’t have anything, she will still work well because of this person.” 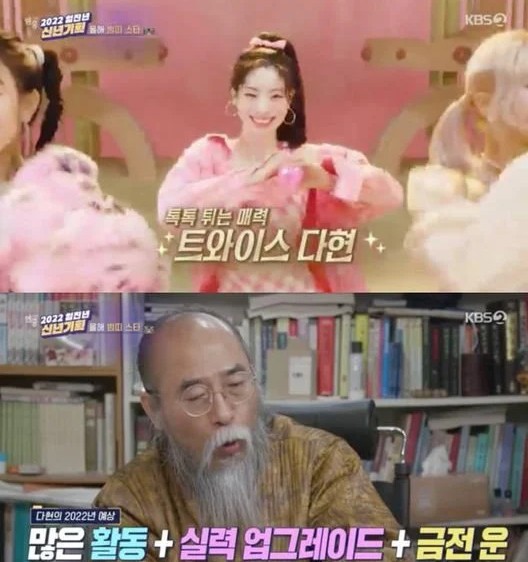 The fortune-teller continued, “Her skills will be upgraded. Her forehead and eyes look good, but her eyelids are especially impressive. I think she will have good news about real estate. Her wealth is also good. And maybe it is because she’s a singer that she has a beautiful mouth. She’s perfect. 2022 is Dahyun’s year”, raising fans’ high expectations for Dahyun’s performance this year.