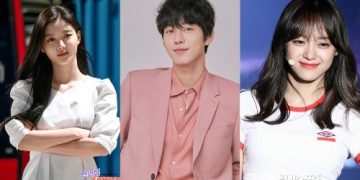 Ahn Hyo-seop was asked who he would save between his 2 co-stars if they fell into the water at the same time. His answer later created a pleasant atmosphere, drawing attention.

On the evening of December 31st, the 2021 SBS Drama Awards was held at SBS Prism Tower in Sangam-dong, Mapo-gu, Seoul. Ahn Hyo-seop and Kim Se-jeong, the main character actors of SBS’s upcoming drama “The Office Blind Date”, appeared to announce the winner of the Best Couple Award.

On this day, Ahn Hyo-seop and Kim Yoo-jung won Best Couple for their roles in “Lovers of the Red Sky”. Showing up as an award presenter, Ahn Hyo-seop was put in an awkward situation in which he stood in front of Kim Se-jeong, his co-star in the new drama “The Office Blind Date”, but received the Best Couple Award with his old co-star in “Lovers of the Red Sky” – Kim Yoo-jung. 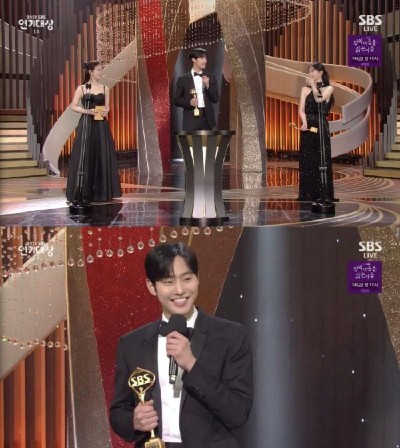 In response, Ahn Hyo-seop said, “I think both of you are very good professionals. Thank you SBS officials for creating the embarrassing situation. Thanks to you, I had fun while winning the award,” he said, drawing laughter.

Shin Dong-yeop, who was watching this, said, “It’s lame, but the production team told me to ask this question. Who would you save, Se-jeong or Yoo-jung, if they fell into the water?” he asked Ahn Hyo-seop.

Facing the unexpected question, Ahn Hyo Seob said, “I’ll be rooting for you two from far away! Full of energy…” He drew attention by leaving a sensible answer. Then, Kim Yoo-jung, who was next to the actor, looked at Kim Se-jeong and said, “We’ll just hold hands and get out on our own…,” ending the situation while making everyone laugh. In response, Kim Se-jeong replied with a big smile to Kim Yoo-jung, saying, “Good, good.”