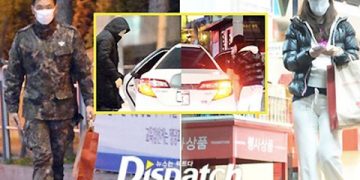 The closer to January 1, the more netizens are constantly talking about Dispatch’s New Year’s Day couple.
January 1 for fans of Korean celebrities is not only the beginning of the new year, but also the day Dispatch reveals dating couples. The closer to January 1 of 2022, the more fans “hold their breath” waiting for the hottest couple of the year to be unveiled.

On SNS, rumor has it that Dispatch has hinted at their “target”, a couple who started dating in 2019 and have been together for 2-3 years. This information has caused a stir among netizens. But is it believable?

However, @dispatch_kst is actually not Dispatch’s account. This famous media outlet only has one official Twitter account named @dispatchsns and has not made any announcements about their 2022 New Year’s Day couple. 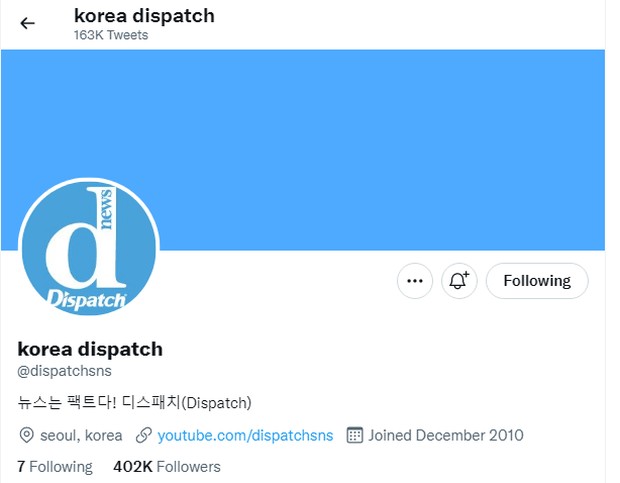 This is Dispatch’s official account and no information related to the 2022 couple has been posted
However, even without hints, netizens are still enthusiastically making speculations about the upcoming New Year’s Day couple. In the past, Dispatch revealed the romantic relationship of many powerful couples such as Rain – Kim Tae Hee, Yoona – Lee Seung Gi, Hyun Bin – Son Ye Jin… This year, couples that netizens are betting on are IU and her boyfriend, Song Kang – Han So Hee, Yeonwoo – Lee Min Ho, Jisoo – Son Heung Min…