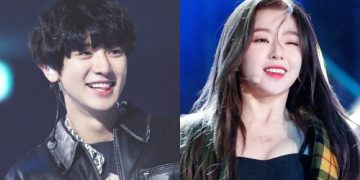 Just like the US has “Golden Raspberry Awards” that selects movies not worth paying even a dollar for ticket prices, Korea has a “Raspberry Film Festival.”

The long-term spread of COVID-19 has also brought several changes to the cinemas. Most movies delayed their release, and bad movies boldly attempted to fill the gap at movie theaters. This year, the K- craze hit bigger than ever, with Yoon Yeo-jung winning the U.S. Academy’s Best Supporting Actress Award and the “Squid Game” syndrome. Many wonder which Korean movie is the worst and who the actors with the worst acting and worst manners are?

Sports Kyunghyang conducted a survey of 22 journalists in charge of films from leading media outlets in Korea to choose among commercial films released from December last year to December 15 this year. Each voter had two votes in each category, and selected the winner of the “Worst Manners” category, including actors, directors, and film officials, as well as the winners for the “worst movie” and “worst actors.”

The worst movie, “Dragon Inn” series (left), and the official poster of “The Labyrinth” (second place)
■ Worst movie | “Dragon Inn” series
Following last year, low-quality movies were released in theaters this year in the aftermath of the spread of COVID-19. Before the pandemic, these movies would have dreamed to be released in theaters, but this year they occupied the empty theater and aimed at the pockets of the audience without conscience. 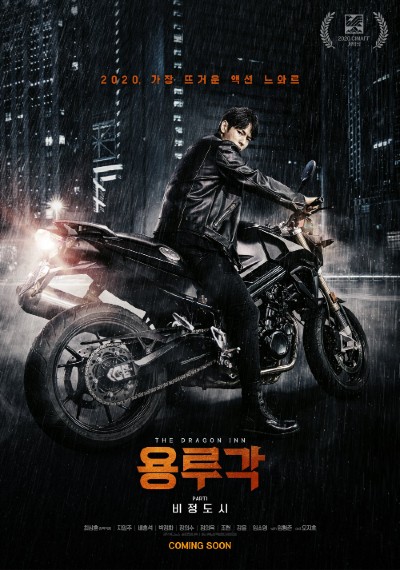 Among them, “The Worst Movie” selected was the “Dragon Inn” series, including “Dragon Inn 1: The City of Sadness,” “Dragon Inn 2: The Night of the Gods” (Director Choi Sang-hoon), which were released three months apart. The movies tell the story of each member of Dragon Inn, a Chinese restaurant that helps other people take revenge, but both films were criticized at the time of their release for their unsightly production, such as stereotyped events, improbable development, waste of female characters, and “bad acting.” At the “Raspberry Film Festival,” a total of 8 out of 22 people picked this movie series. The selection team said, “A trick aimed at IPTV’s blind money,” “The story is obvious and the acting is a mess,” and “Does the Korean film industry have a future if movies like this come out with a sequel?” “It’s hard to watch one, let alone two at a time!” “Have some conscience.”

Second place is “The Labyrinth” starring Chan-hee and Park Yu-na. The movie received a total of 4 votes. Reasons for the selection included “Bad quality production,” “Too crude,” and “An idol marketing failure.”

Oh Dal-soo’s return film “Blacklisted” followed with 3 votes. Some said, “A wrong choice of Oh Dal-soo, who must have gone through a mental breakdown after his controversy” and “It’s the worst return work ever.”

Worst acting category: No. 1 Chanyeol, No. 2 Irene, and No. 3 Cho Hyun (from the top)
■ Worst acting | Chanyeol, a problematic idol who likes acting
The “worst acting” title went to EXO Chanyeol. It is said that he tried to show off both singing and acting skills in the movie “The Box”, but failed to perform any of them properly. 8 out of 22 people chose him. Regarding Chanyeol’s acting skill in “The Box”, there were comments, such as “He’s a problematic idol whose hobby is acting”, “It made me cringe”, “Please focus on your main job only”, “I didn’t expect him to act excellently, but what about making people empathize with you as a musician?”, “This once again confirmed the fact that idols should not jump into taking on the lead role only with fans’ believing in the value of their names.” 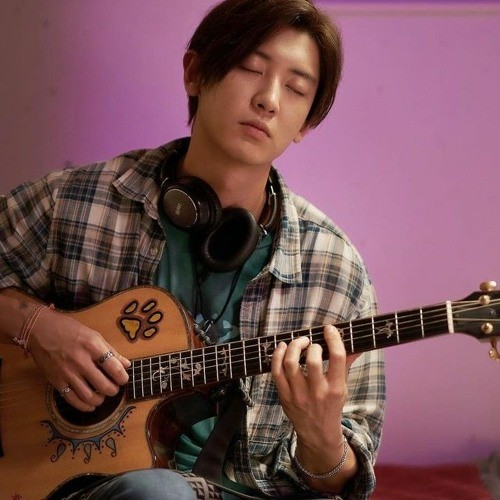 Red Velvet Irene came in 2nd place with 6 votes. She took on her first challenge in playing a lead role with the movie “Double Patty,” but disappointed many viewers because of her clumsy acting skills that she didn’t even say the lines properly. People who chose Irene expressed their regret, saying, “Her expressions were bad and she couldn’t even deliver the feelings”, “Why did you film a music video on the screen?”, “Her acting was like a daughter of a wealthy family working part-time”, “If her face were not pretty, she would have been in trouble”.

The 3rd place was Berry Good Cho Hyun (3 votes), who acted in 2 films, “Dragon Inn Part 1: The City of Sadness” and “Hypnosis”. People chose her and stated their reasons, such as “I hope you get some acting training”, “I will act, too!!!!”

Park Yu-na, Lee Wan, and Lee Yeon-hee also drew attention as each of them received 2 votes and were named in the “worst actors” lineup.

■ Worst manner | Cho Hyun, the birth of a villain in interviews
This year’s “worst manner” category revealed Cho Hyun as the one who caused controversies that were even noisier than her works, from the case of her confirmation of having a virus to the disbandment of her group. 11 out of 22 people selected her. Cho Hyun caused public outrage as she didn’t notify reporters who were at the interview even though an agency official, who was with her at the promotional interview for “Dragon Inn Part 1: The City of Sadness”, was confirmed positive for the virus. After that, reporters who interviewed her and her staff were self-quarantined. However, instead of apologizing for causing the issue, she was put under fire for blaming only the marketing team.

Moreover, at the time of the promotional interview for her next film, “Hypnosis“, she made a statement saying Berry Good had disbanded, but a battle for the truth broke out as her agency JTG Entertainment denied the group’s disbandment. After 2 hours, Jo Hyun reversed her remark, saying, “Berry Good members are like real sisters to me. We’re going to carry out more promotion”, making reporters frustrated. In the end, Berry Good announced the disbandment two months later.

Selectors cited their reasons for choosing Jo Hyun, saying, “She’s really an interview villain”, “Responses from Cho Hyun and her’s agency were not accurate”, “Cho Hyun’s shallow thoughts and her agency that lacks ability”, “The baffling memory about a virus test”.

The 2nd place went to Seo Ye-ji (5 votes). Ahead of the release of movie “Recalled”, she emerged as a troublemaker with various rumors, from being Kim Jung-hyun’s ex-girlfriend to gaslighting the actor. In the end, her schedule was disrupted, and she was absent from the movie promotion activities without any proper explanation. 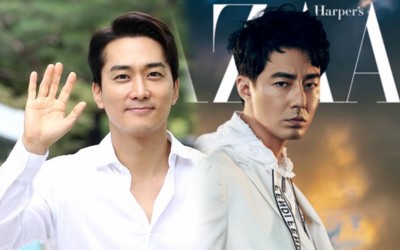 Park Yong-woo, who was late for an interview, as well as Cha Seung and Jo In-sung, who did not show their sincerity, also received 2 votes each.