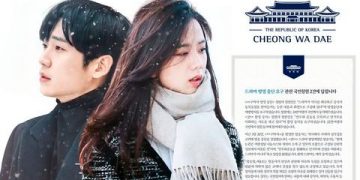 This action is seen as a declaration from “Snowdrop”. What are they afraid of?
The hard work of the production team, which now has to bet everything on the drama itself, is poised to be ruined. “Snowdrop”, which has been continuously embroiled in a historical distortion controversy since its planning stage, has broadcast its 1st episode on Dec 18th. The drama recently sparked stronger criticism as it reportedly set its viewer’s bulletin board to private.

If you go to JTBC’s “Snowdrop” website, as of 9 a.m. on Dec 19th, all of the viewer’s comment sections have been set to private. Only the author and the bulletin board manager can check the contents. On the other hand, other dramas are designed to allow viewers to read the viewer’s opinion section even if they are not the author. This setting seems to be part of a desperate measure to prevent the bulletin board from being plastered with negative public opinions regarding its historical distortion controversy. Special Over 200,000 viewers sign Blue House petition in a day to cancel JTBC’s drama ‘Snowdrop’ for distortion of history. 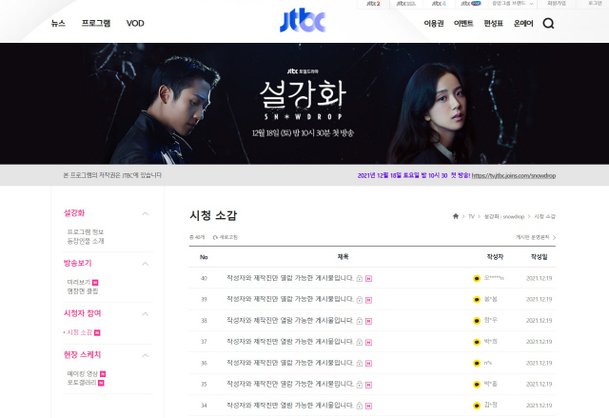 Of course, as the baseless controversy spreads before the broadcast gets on track, the charm of the drama itself may shine, but this setting is causing public outrage among many netizens. This is because they literally make it seems like they have refused to communicate with the viewers.

At the production presentation earlier, director Cho Hyun-tak said, “Snowdrop is a story written by writer Yoo Hyun-mi since 2008,” adding, “I was inspired by the handwriting of North Korean defectors, and have expanded the story through twists and turns.” In addition, the story then solidified in earnest by combining what Yoo actually experienced while attending college, he said. Director Cho also explained, “I started with the handwriting of North Korean defectors, but I tried to look closely at people themselves rather than mentioning North Korea or any political ideology.”

If they were confident in the work itself, they should have faced this proudly, no matter how “excessive” or “distorted” the criticism is. However, it is pointed out that such action of blocking the bulletin board has outshone the production team’s confidence and efforts in the work.

Meanwhile, the first episode of JTBC’s Saturday-Sunday drama “Snowdrop,” which aired on Dec 18th, defended the favorable reviews with the actors’ good performance and rapid development. In the broadcast that day, Yeong-ro (Ji-soo), a freshman at Hosu Women’s University, has met Su-ho (Jung Hae-in), disguised as a Korean graduate student from Germany, in a very dramatic situation.