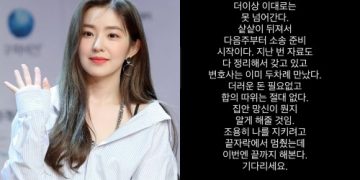 A , who accused Red Velvet Irene of having bad behaviors, released a dubious post.
The controversy over Red Velvet Irene showing poor attitude towards a fashion stylist is thought to have ended until the stylist suddenly posted an Instagram story voicing to sue someone. Although she didn’t mention Irene’s name directly, fans are worried that bad things might happen to Irene again. 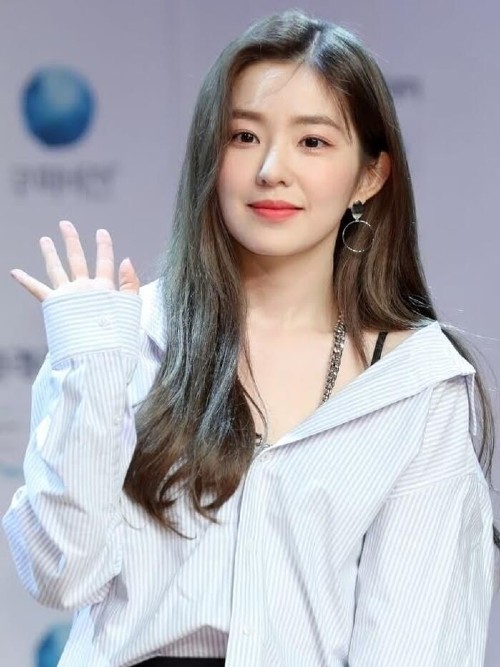 In particular, the stylist said:

“I have endured enough, such things won’t happen again. I have already prepared everything to file a lawsuit next week. This is just the beginning. I have collected all evidence and also met with my lawyer twice. We don’t need money from you, and there will be no more bargains. You will have to feel ashamed. I won’t stay silent anymore. I already tried to hold back myself once, but I won’t do the same this time. I will go with this till the end. Just wait and see.”

After Irene’s attitude scandal last time, some fans even flooded the stylist’s Instagram account with malicious comments, forcing her to change her ID name. Now, the stylist’s name is not mentioned in any related posts to avoid causing inconvenience to her.

Fans have expressed mixed opinions about the stylist’s post. Some believed that since the stylist didn’t mention Irene because the attitude controversy was already solved, this issue is unrelated to Irene. Meanwhile, others raised suspicions that another star might be called out.

In October 2020, social media was taken by storm when a stylist posted on Instagram to accuse a female idol of having poor manners and verbally attacking staff members for 20 minutes during working hours. Irene was then called out to be the female idol in question. The stylist’s post was also liked by many well-known colleagues in the industry. SM later addressed the incident. Irene also posted a letter admitting her mistake and apologizing on her Instagram account.

After that, the stylist announced that she had received Irene‘s direct apology and decided to forgive the leader of Red Velvet. However, netizens still continued to criticize Irene although many industry insiders who worked with the female idol spoke up to defend her. 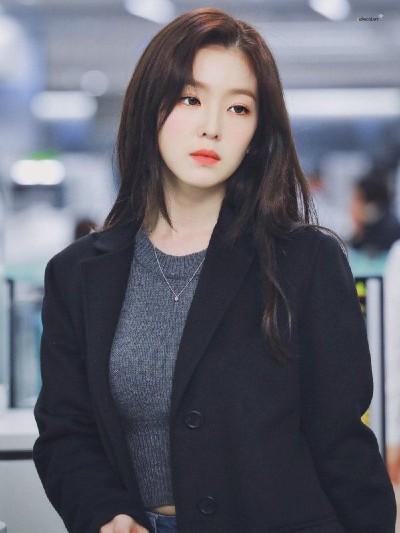 Irene had no choice but to halt her activities and go on a hiatus after the scandal. Many brands even removed Irene‘s picture to avoid being negatively affected. It was not until August of this year that she started being active again and officially made a comeback with Red Velvet. After the release of Queendom, the public’s reaction to Irene was quite positive. The female idol has now resumed her activities like before.