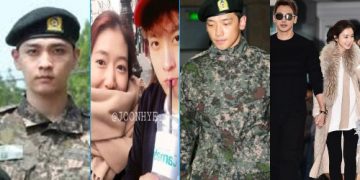 These celebs couples’ unwavering love all led or will soon lead to a happy wedding.

Actors Park Shin-hye and Choi Tae-joon is having a double celebration as they announced their marriage and Park Shin-hye’s pregnancy at the same time.

They held a grand wedding ceremony in Seoul on January 22, 2022.

The couple has been dating since 2017, but almost faced a crisis when Choi Tae-joon got enlisted in August 2019.

Park Shin-hye, however, silently waited until her boyfriend was discharged from the military, showing her great affection for him which eventually resulted in a happy wedding.

Let’s take a quick look at the stars couple who stayed until the end for each other.

Park Shin-hye and Choi Tae-joon started dating in late 2017, and revealed their relationship to the public in March the following year.

They first started as senior and junior of the Theatre and Film Department of Chung-Ang University, which soon developed into a romantic relationship through their fellow and school alumni.

Meanwhile, Choi Tae-joon entered the boot camp on August 1st, 2019 after receiving a 4th-degree physical exam result to received basic military training before serving as a social service worker instead. 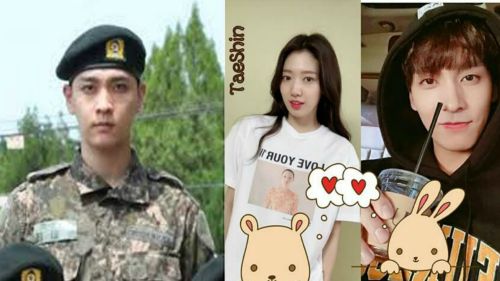 Since then, there have been rumors about their break-up, but Park Shin-hye has expressed her unwavering love for Choi Tae-joon in a media interview for the movie “#ALIVE”.

Choi Tae-joon finally finished his service in May, and they held a grand wedding ceremony in Seoul on January 22, 2022.

Actor Yoon Seung-ah and Kim Moo-yeol admitted their romantic relationship in 2011, which was about 3-4 months after they started dating. 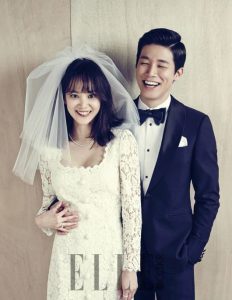 Yoon Seung-ah showed off her affection for Kim Moo-yeol by watching his performance for the military creative musical “The Promise”.

Kim Moo-yeol was then discharged from the military in July 2014, and the couple tied the knot in 2015.

Kim Tae-hee, who is singer-actor Rain‘s wife, is also a celebrity who waited for her lover to finish his military service.

Rain enlisted on October 11th, 2011, and began serving in the military. 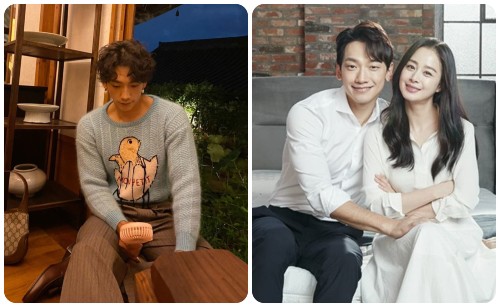 Their romantic relationship was officially revealed through a photo of him and Kim Tae-hee dating when he was given a reward vacation.

Rain was discharged from the military in July 2013 and gifted Kim Tae-hee “flower shoes”, which means to thank her for having waited for him.

The two held their wedding in 2017. They are now living a happy life with 3 daughters. 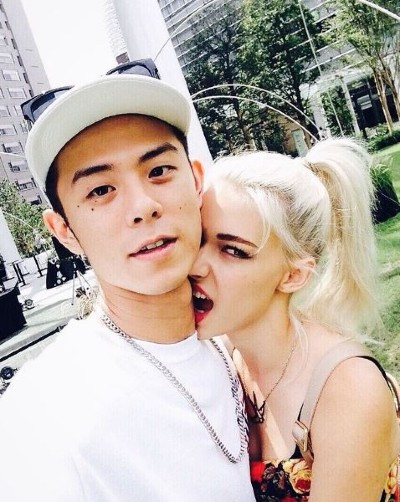 However, after Beenzino enlisted in May 2017, she began her long wait for his return.

After about a year and nine months, Beenzino finished his military service and was discharged in February 2019. At that time, Stefanie Michova expressed her happiness by leaving a message on her Instagram, saying, “I finally got him back”.

In January this year, Beenzino proposed to Stefanie Michova by presenting her a diamond ring which was worth about 70 million won. The expected date of the two’s marriage has not been revealed yet.

Singer Mina and Ryu Phillip overcame their age gap of 17 years and proudly revealed their romantic relationship in 2015. 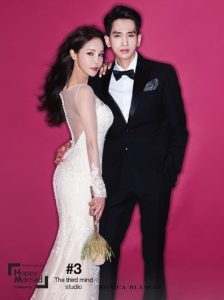 Mina also showed her unwavering love while waiting for Ryu Phillip, who enlisted in August 2015, to finish his military service.

After Ryu Phillip was discharged in May 2017, the two officially became a legal couple with an announcement of their marriage in 2018.

In the entertainment industry, Mina and Ryu Phillip are known as a couple that has a happy and perfect marriage life.