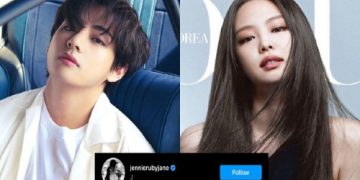 In the past, netizens spotted some evidence that BTS’s V and BLACKPINK’s Jennie were dating.
Earlier today (December 7), BTS’s V and BLACKPINK’s Jennie took over social media after V accidentally followed Jennie, causing immature fans to misunderstand and attack the female idol. Although this was only a mistake of V, many netizens can’t help but assume that there could be something going on between V and Jennie.

A series of dating evidence in the past between the two top Kpop idols resurfaced. Netizens once noticed some similarities between V and Jennie and suspected the two of using couple items. Both V and Jennie raise a Pomeranian puppy. In addition, their ideal types happen to match one another. V is attracted to a charming girl who is cold on the outside and warm on the inside, which sounds quite similar to Jennie. Meanwhile, “YG princess” fancies a sexy guy who takes good care of his girlfriend. This image makes many netizens think of V. 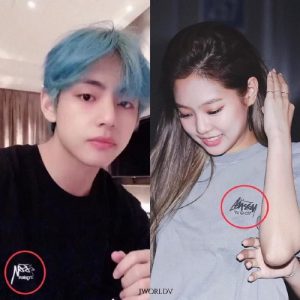 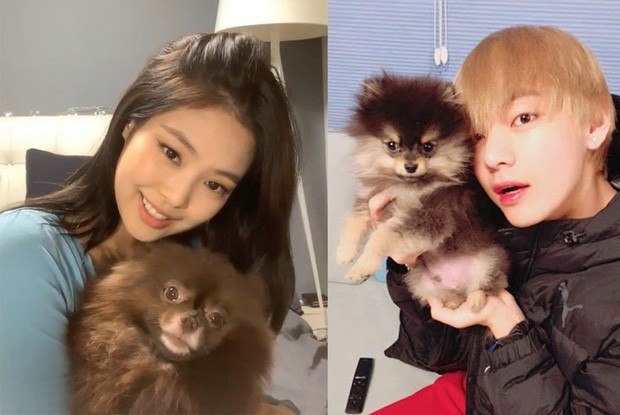 Both of them also have a Pomeranian dog
However, both celebrities remained silent after that, and the rumor faded into obscurity. It was not until today that the names of the BLACKPINK and BTS members are once again placed next to each other. In fact, Jennie is dating G-Dragon (BIGBANG), and V is still single despite being rumored to be in love with many female stars.

V and Jennie are the two hottest names on social networks this morning. 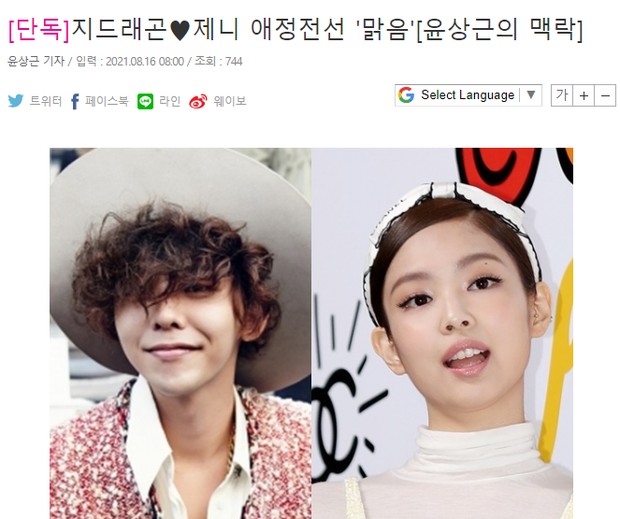 Currently, Jennie is dating G-Dragon and her dating rumors with V have fallen into oblivion