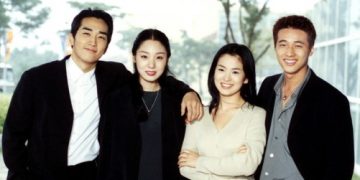 ‘Autumn in my heart’ is the first drama in the series of 4 KBS’s ‘Four Seasons of Love’, aired in October 2000.

The series was very successful in South Korea and throughout Asia , averaging viewership ratings of 38.6% and reaching a peak viewership of 46.1%. It is considered a pioneer in Korean melodramatic series, launching a worldwide fever that is commonly referred to as the “Korean Wave”. Tours of sites in Korea related to the show have been developed following its success.
The success of ‘Autumn in My Heart’ has brought the names of young actors closer to Asian audiences. After 21 years of broadcasting, the life of the A-list stars has changed a lot.
1. Song Seung Hun

In the movie, Song Seung Hun plays the older brother – Yun Joon Suh. The handsome and warm image helped the actor born in 1976 quickly win the hearts of the audience. Thanks to this role, he was trusted by director Yoon Seok Ho to continue to give him the main role in the second part “Summer Scent” (2003). 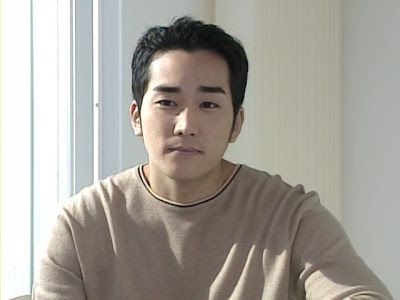 Compared to his co-stars in “Autumn in My Heart”, Song Seung Hun is the one who works the most hard, including impressive works such as “East of Eden”, “My Princess”, “Time Slip Dr. Jin” ”, “When A Man Falls In Love” and a series of movies. In 2004, he got into a scandal when he evaded military service and lost a lot of love in the eyes of fans. After that, the actor continuously participated in many movies to regain his image.

In 2015, the love affair with Liu Yifei after co-starring in The Third Way Of Love (2015) attracted the attention of the public. Many viewers expressed their admiration for the romantic “cross-border” love before breaking up after two sweet years. At the age of 45, Song Seung Hun is one of the sexiest single “gentlemen” in Korea.
2.Song Hye Kyo

Song Hye Kyo took on the role of the female lead Eun Suh when she was just 19 years old. Eun Suh is a pure, innocent girl but has many misfortunes: being swapped at birth, suffering from white blood disease and dying in the arms of the one she loves. Song Hye Kyo’s pure beauty and sad eyes help the tragedy of Eun Suh’s life take away the tears of many viewers. 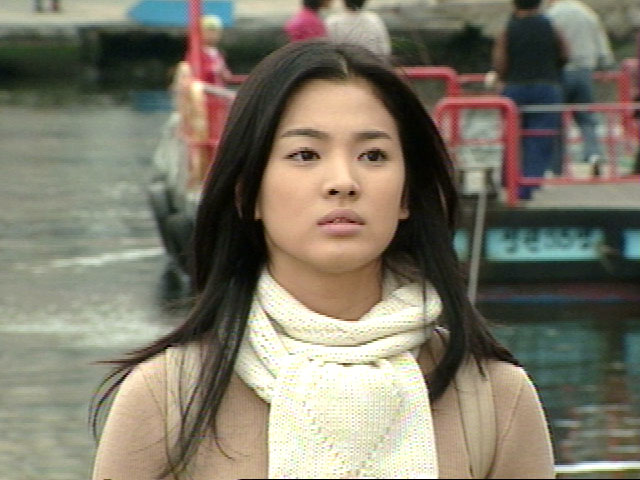 Song Hye Kyo suddenly became the top star and beauty icon of Korea after Autumn in My Heart. However, her career has many other “fever” works throughout Asia such as Full House with Bi Rain (2004), That Winter The Wind Blows with Jo In Sung (2013) and Descendants of the Sun  2016) – a movie that charmed her and Song Joong Ki, but the two also quickly divorced after 2 years of marriage. The career of the 38-year-old beauty has gone up like a kite in the wind since the role of the unhappy Eun Suh.

At the peak of her career, Song Hye Kyo was discovered to have evaded taxes for many years, totaling up to 2.5 billion won (more than 2.3 million USD). The incident caused her to pay a large fine and bow her head to apologize to the people of the country.

Currently, the actress is praised for her beautiful beauty at the age of 40 and hard work after the divorce.
3.Won Bin 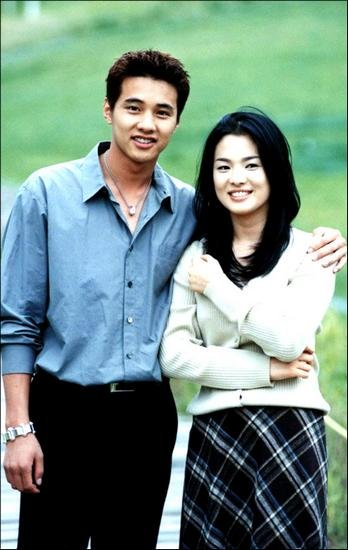 With the ‘Autumn Heart’ pedestal, Won Bin also became an A-list star of Korea. With his handsome appearance and impressive acting ability, he is considered as the “national treasure” of the Korean cinema industry. However, from 2002 until now, the 42-year-old actor has not accepted to act in television series, but only appeared in films such as My Brothers (2004), Mother (2009), The Brotherhood of War (2010) and Man From Nowhere (2010).

Honored as the number one actor in showbiz, Won Bin is a secretive person about his private life. In 2015, he and Lee Na Young held a private wedding ceremony in the middle of a barley field in their hometown Gangwon (Korea). After getting married, Won Bin and his wife both limited their appearances in front of the media and the public.