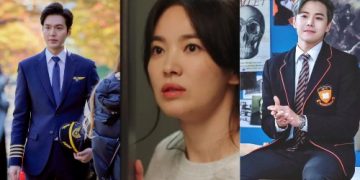 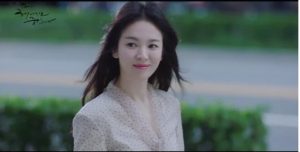 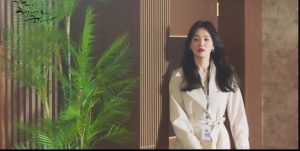 The second time is in her ongoing drama – “Now, We Are Breaking Up”. This time, it’s not English, but French. Both Song Hye Kyo and Jang Ki Yong had to practice this new language to use in some scenes. But while Jang Ki Yong received praise for his natural pronunciation, Song Hye Kyo faced negative reactions because her French sounds awkward and uncomfortable.

2. Lee Min Ho
If Song Hye Kyo was under controversy over speaking foreign languages ​​exactly like she was reading them off the script, Lee Min Ho once had an “iconic” scene of him speaking English with a Korean accent in “Legend of the Blue Sea”. Instead of criticizing Lee Min Ho, most viewers find this scene hilarious because of the way he delivered his English dialogues.

3. Park Eun Seok
In this case, it may be unfair that Park Eun Seok is originally an overseas Korean who has been living in America since he was young and using English to the point where he cannot even speak Korean well. In particular, when the actor’s character had to use a lot of English in “Penthouse“, he was attacked by some viewers on his personal SNS account. One of them wrote, “It disgusts me to see you pretending to be all that just because you lived in the States for a bit. And you keep speaking that broken English of yours. You’re not even that good. You only graduated from community college in the States. That makes you a fool.” 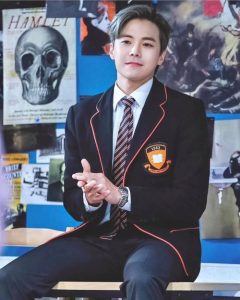 In “Penthouse 3“, Park Eun Seok appeared as Alex Lee, who is the brother of Logan Lee. However, his English accent was criticized as it resembled African American Vernacular English. Afterwards, he had to apologize that he did not want to tarnish the African-American community’s image.