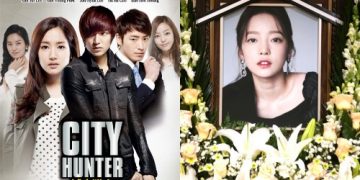 11 years ago, when the movie City Hunter aired, it created a fever all over Asia, until now the audience still loves and pays attention to the cast of the film such as: Lee Min Ho, Park Min Young…

In 2011, the movie City Hunter of Korean cinema caused a fever with Asian audiences because of its attractive content and especially the participation of young actors with excellent looks. .
It can be said that the cast participating in the film every day has a brilliant development career at the present time.
1.Lee Min Ho 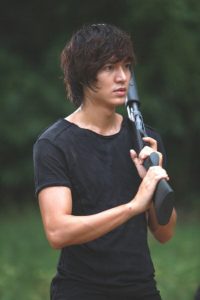 Playing the male lead Lee Yoon Sung in City Hunter, Lee Min Ho completely captured the love and affection of audiences throughout Asia because of his handsome appearance and beautiful action sequences.

Later, Lee Min Ho continued to resonate when transforming into the role of a nobleman’s son in The Heirs. This is also the role that brought the actor’s name to a new height in the Asian film market.

At the present time, after completing 2 years of military service, actor Lee has also returned to the screen with the movie The King: Eternal Monarch in 2020, and it has also been extremely successful.

Especially after when popular K-drama stars Lee Min-ho and Park Min-young were paired opposite each other in the thrilling series, City Hunter. During interviews, to promote their show, Min-young would always be all praises for Min-ho. “Five years is a long time. Lee Minho and I have both developed and improved as actors in that time frame. I see new sides of him that I couldn’t see before,” Min-young had shared at SBS Broadcasting Center, via Allkpop.

Given their organic onscreen chemistry, the dating rumor went rampant to another level. The pair confirmed the romance speculations surprisingly, a month after City Hunter released its final episode, in August 2011. It was August 22, to be specific, when Min-ho and Min-young’s agencies confirmed that the couple was in fact dating. “When the two were together, their interest for one another could be felt. They are going towards the step of getting to know each other,” Min-ho’s agency Starhaus Entertainment said in a statement to Dispatch. On the other hand, Min-young’s agency, King Kong Entertainment said in their statement, “When the two appeared in the drama together, they were quite in tune with one another. It seems that they’ve developed feelings for each other during the filming and after filming concluded.”

However, on January 25, 2012, came the official confirmation that the couple had broken up after just five months of dating.
Actor Lee Min Ho then dated singer Suzy in 2015, but the two quickly broke up when he enlisted in the army in 2017. 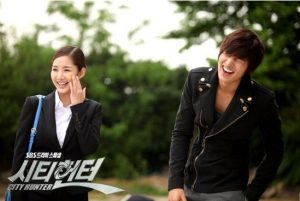 In City Hunter, actress Park Min Young plays the female lead Kim Na Na. She impresses with her beautiful and hot appearance in the movie.

After this movie, she acted in many other films such as Glory Jane (2011), A New Leaf (2014), What’s Wrong With Secretary Kim (2018), Her Private Life (2019), and many more. We can’t wait for more of her upcoming television series and films.
At the present time, Park Min Young is an A-list actor of the Korean screen. She also won the hearts of fans because of her scandal-free lifestyle.

In July 2011, Park Min Young started dating the famous Korean actor Lee Min Ho. The former couple dated for a year and then, later on, parted ways. Although the exact reason for their split is still not confirmed yet, it seems like things didn’t work between them.

After her breakup with Lee Min Ho, there have been several dating rumors with many other Korean actors. This list includes Ji Chang Wook, Song Joong Ki, Park Seo-Joon, and many more. Currently, Park Min Young is single and isn’t dating anyone. According to her, love and getting into a relationship isn’t her priority. As per the well-known popular actress, Park Min Young, acting is her priority. Now it seems like she prefers to focus more on her career rather than getting into any romantic relationship. Her personal life is going as well as her career. She is happily single who is more dedicated to work. The crazy and lovable fans and followers of Park Min Young wish her good luck for the upcoming days of her life in future. We are eagerly waiting for her upcoming releases.

3. Goo Hara
In City Hunter, female idol Goo Hara plays the little girl Da Hye, who has a rather clumsy personality, but is a rather emotional character. Being able to act with big names like Lee Min Ho, Park Min Young… Goo Hara quickly made an impression on the audience with her youthful acting and beautiful “doll-like” appearance. 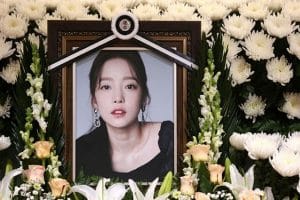 In 2018, the former female member of KARA had the opportunity to play the first lead role in What’s There to Know. However, because she was caught up in a scandal of noisy violence with her boyfriend, she was unable to participate in this movie.

After the scandal with her ex-boyfriend, Goo Hara’s image is no longer beautiful in the eyes of the Korean public. Besides, the life of a star makes Goo Hara entangled in many netizens’ criticisms. Finally, due to the longstanding public pressure, Goo Hara chose to end her life at the age of 28, making fans extremely sad and mournful.

In City Hunter, Lee Joon Hyuk plays Kim Young Joo, a good and righteous lawyer. Although he is a supporting role, but Joon Hyuk still captivates the hearts of the sisters by his handsome appearance. 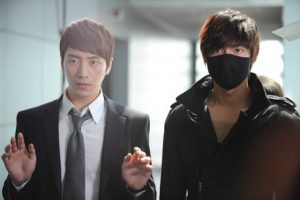 After City Hunter, actor Lee continued to appear in many other impressive films such as: Secret Forest, Along with the Gods: The Two Worlds… In 2019, Lee Joon Hyuk also played the lead role. in Designated Survivor: 60 Days, it was a surprise when the series attracted a large number of viewers and became one of tvN’s most popular projects.
In 2020, he participated in two films Dark Hole and Secret Royal Inspector Joy. Both have achieved much success and are loved by the audience.

Playing the role of Ko Ki Joon in City Hunter, star Lee Kwang Soo made the audience excited by his humorous and funny image in the movie. Although he does not have a handsome face like other actors, “the Deer” still captivates fans because of his unique style and charisma.

After the success of City Hunter, Lee Kwang Soo continued to resonate when participating in the program “Running Man”. With his built-in humor, Lee Kwang Soo has become the “prince of Asia” with an extremely large number of fans after the show. Movies that the famous Korean male star has participated in can be mentioned as: Collective Invention, The Accidental Detective 2 or Inseparable Bros.

Over nearly a decade, the cast participating in the movie City Hunter has made remarkable changes in their acting career. Everyone shined and became the sought-after A-list stars of the Korean entertainment industry. Only female idol Goo Hara could not withstand the criticism of netizens as well as the pressure of celebrities, but she died at the age of 28, making fans extremely sad.

How do you see the City Hunter star cast after 9 years?