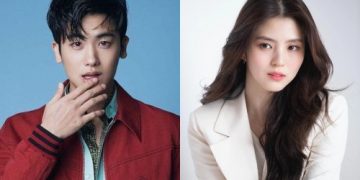 Directed by “Vincenzo” and “The Crowned Clown” director Kim Hee Won, “No. 1 Soundtrack” will be a musical melodrama about a man and woman who have been friends for 20 years. As the two longtime friends lived together for two weeks, they slowly began to realize their feelings for each other.

Park Hyung Sik will play Han Sun Woo, a rising photographer, a man of few words, but with a warm and caring personality. Han So Hee will play Lee Eun Soo, a cheerful and honest lyricist who isn’t afraid to speak her mind.