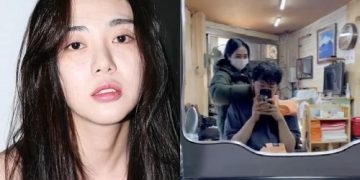 On November 27, Former AOA member Mina shared the video clip below that shows her standing behind her boyfriend at a hair salon, drying his hair. She also shared the message, “My boyfriend said he wants to get his hair cut at a new place, so with permission, I’m the one who gets to dry it.” 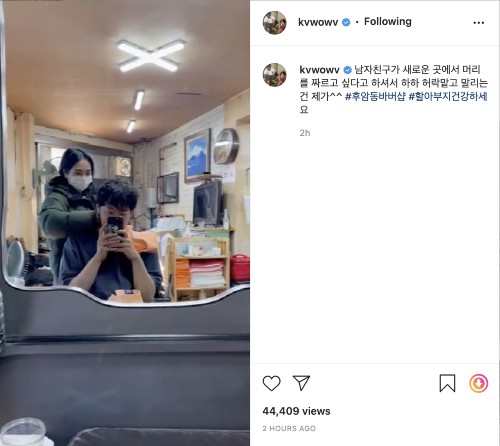 The released video showed Kwon Min-ah drying her boyfriend’s hair in a barbershop. Even though she was wearing a mask, people could feel her affection towards the boyfriend through her bright expression.

Earlier, Kwon Mina announced her romantic relationship in an interview with Hankook Ilbo on November 12th. She said, “The boyfriend who I’m dating is actually a friend whom I have known for 4 years. We became lovers a few months ago. I didn’t want to hide the fact that I am in a relationship, and I didn’t think dating publicly is something bad, so I just talked about it without hesitation.”

In other news, Mina and her ex-boyfriend Yoo had a very public breakup this past September.