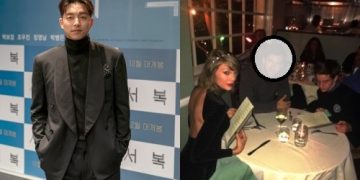 Recently, rumors circulating on social media that Taylor Swift and the top Korean actor – Gong Yoo went to lunch together at a restaurant in New York last week was shared widely. The public is extremely excited when the actor leading the Hallyu wave and the famous Hollywood female singer has such a close relationship. 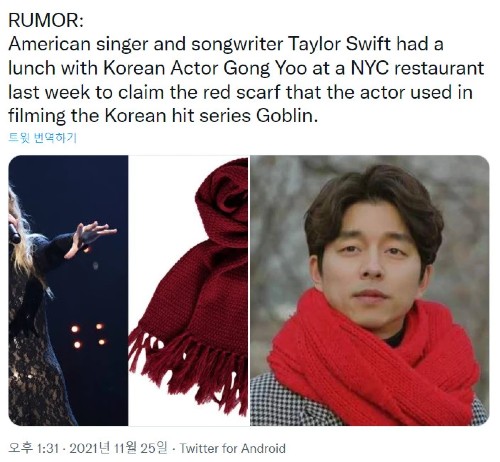 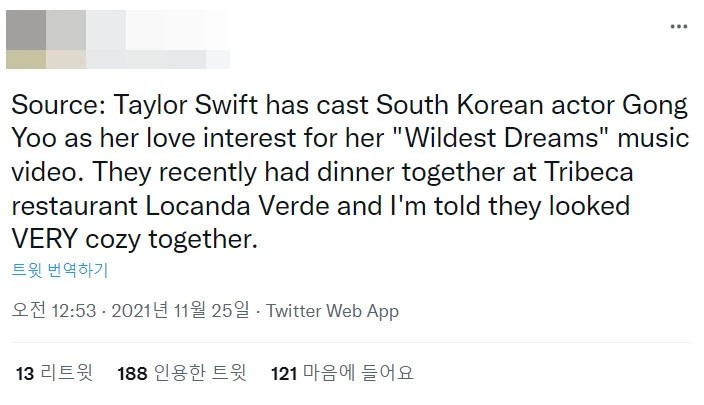 Actor Gong Yoo was spotted having lunch with Taylor Swift
an email was sent to Deuxmoi newspaper that a friend of this person is working as a waiter for a restaurant in New York. And this waiter, although not serving directly at the table, saw Taylor Swift and Gong Yoo having lunch.

However, Gong Yoo’s agency explained that Gong Yoo is currently in South Korea and is preparing for the premiere of the new Netflix series ‘The Silent Sea.’ Meanwhile, ‘The Silent Sea’ will be airing on December 24.

After hearing the news, many netizens gathered to a popular Korean online community, theqoo, to discuss this rumor. Netizens commented, “Who spread such a nonsense rumor? lol,” “This is so random. This is more like someone’s wish, lol,” “What? So random,” “This was spread through a rumor account known to spread false information. I guess this was so random that it got attention,” “This was so out of the blue but I wish it was real,” “I wish Gong Yoo would appear in Taylor Swift’s music video,” and “This person’s imagination is….lol.”