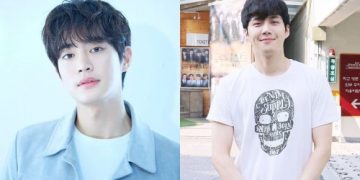 Kang Tae Joo beat the 1:1000 competition for the role in Sad Tropical with Kim Seon Ho and Go Ara.

On the morning of November 19, the producer of the movie Sad Tropical confirmed that Kang Tae-joo will be cast for a role in this movie.

New actor Kang Tae-joo was selected for the movie “Sad Tropical” with Kim Seon Ho after overcoming a competition ratio of 1,000 to 1.
He’ll play as boy who was left with his Filipino mother by his Korean father & go to Korea to find him. While Kim will be somewhat helper & a hindrance to Kang.

Previously, Kim Seon ho, Kim Kang-woo, and Go Ara were confirmed to star in the film.

Sad Tropics movies is a story about a protagonist who comes from a multicultural family that have a dreams to become a professional boxer. His father is Korean and his mother is Filipino. His father abandons him yet he keep on looking for his father in South Korea. The journey is not easy as he ended up meeting bad guys along the way.