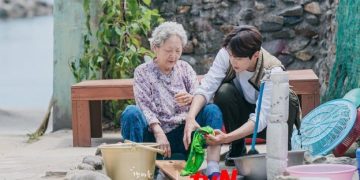 While actor Kim Seon-ho has suspended his activities due to controversy over his privacy, a cheering message left by a fan on his nstagram is spread.

Kim Seon-ho has temporarily suspended his entertainment and social media activities after the controversy. Currently, his Instagram post has stopped uploading, but he is receiving supportive comments from fans at home and abroad. In particular, a long comment left by a netizen who recently said that he was a fan of a 66-year-old grandmother is receiving many recommendations. Netizen A, who is believed to be an overseas fan, wrote, “I created her Instagram account and asked her granddaughter to translate this article.”

He said, “I was also a theater actor in Korea, and I got to know you after a play video of you (Kim Seon-ho) was recommended on YouTube,” he said.

He continued, “I may not fully understand how much you are suffering right now. But I hope you don’t put up with all your emotions such as crying, getting angry, feeling pain. All emotions are valid,” he said. “Don’t give up on acting. “Try one step at a time, from getting out of bed to eating.”

Person A, who has been battling cancer for 4 years, said, “Looking at your acting, it reminded me of my theater days. You became a source of joy and comfort in my difficult times.”

He continued, “There are times when I want to give up too, but I’m still looking for a reason to keep going. The reason is always there.” “The beautiful things that have happened in my life cannot be compared to the bad things I’ve been through. Get strength from your acquaintances.”

Finally, he said, “It may be difficult and you may receive a lot of criticism, but it is up to you to prove everything wrong. I will wait patiently until then.”