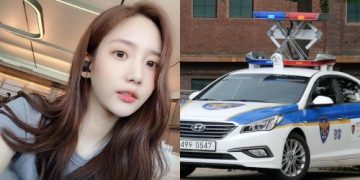 Han Seo-hee, a former idol trainee of YG Entertainment, got sentenced to 1 year 6 months in prison due to drug use during her probation.
Judge Kim Soo-kyung sentenced Han Seo-hee, who is suspected of violating the law on drug management, to 1 and a half years in prison. Han Seo-hee was then reportedly put under court custody after the court sentenced her to prison.

According to News1, Judge Kim said, “Han Seo-hee denies the charges against the prosecution, claiming that the location and timing of her drug use was not specified. But after looking into it, there was no error in the prosecutor’s indictment.”

Judge Kim also ruled that Han Seo-hee’s claim that her test was mixed with other people was not accepted because she was the only woman at the time of her urine test.

More happened as Han Seo-hee lost control and cursed in court after Judge Kim asked if she wanted to say anything against an arrest warrant for fear of flight. In particular, after Han Seo-hee disagreed, saying that she wouldn’t run away, Judge Kim calmly said, “If you disagree with the ruling, follow the appropriate procedure. Please go to the defendant’s waiting room,” to which Han Seo-hee started throwing profanity, saying “Judge, what are you doing? XX, for real?”

Han Seo-hee was indicted on charges of purchasing marijuana on a total of 4 times in 2016 and smoking marijuana 7 times in her home in Jung-gu, Seoul. She was then sentenced to 3 years in prison, suspended for 4 years, a fine of 870,000 won , probation for 4 years and 120 hours of drug treatment classes in 2017.