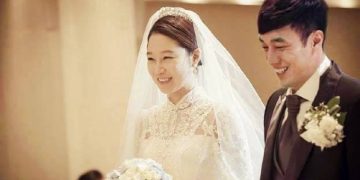 So Ji Sub is the leading actor of the Korean film industry as well as of the Asian film industry.
If you are a regular follower of Kbiz news, you will surely know that So Ji Sub is married. However, there are many people who still do not know much about the wife of actor So Ji Sub.
On April 4, 2020, actor So Ji Sub (43) married his wife (26) Jo Eun Jung. Netizens marvelled at how their love story sounded straight out of a K-drama.

The pair first met in March 2018, when she interviewed him when the actor was promoting his movie Be With You. They met again when they both attended a mutual friend’s gathering, which was where they became friends.

Despite their 17-year age gap, love quickly blossomed between them.
Jo, who is 17 years younger than Ji-sub, debuted as a presenter for the popular online game League of Legends on cable channel OGN in 2014, and was later promoted to reporting for SBS’s One Night of Entertainment from 2016 to 2018. 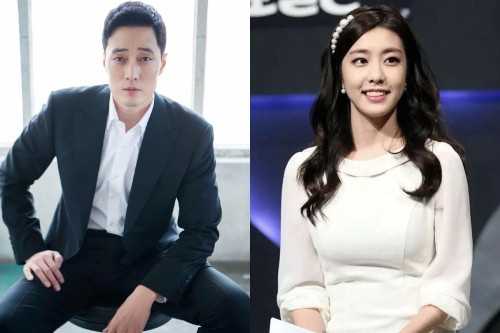 In early 2019, she terminated the contract with her agency and removed all of her official social media accounts on Facebook and Instagram, leaving the entertainment industry in preparation for graduate school.
Jo Eun Jung is considered by everyone and her colleagues to be an intelligent young girl with a lot of energy, sociability and especially extremely beautiful and charming.