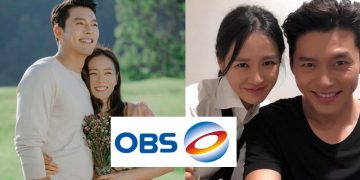 Once again the news that Son Ye Jin and Hyun Bin are about to get married has surfaced.

On the evening of November 2, OBS NEWS TV suddenly reported that Hyun Bin and Son Ye Jin revealed that they were about to get married.

If in the past, rumors of Binjin couple getting married only appeared through data found by fans themselves, this time it was revealed by a major Korean television station. This makes fans extremely happy.

This station said, “Rumors about an impending marriage around the top couple of the same age Kbiz, Hyun Bin and Son Ye Jin, have resurfaced. Many fans had hoped that Hyun Bin would return. and Son Ye Jin who worked together on Crash Landing On You and Negotiation became a couple and that wish did come true earlier this year.Some of our reports suggest that Son Ye Jin and Hyun Bin have been liquidating their real assets to prepare for their marriage, and they may be in the process of moving into a penthouse in Guri. Reportedly, both of them share a taste for golf, they often go to the course. golf and date whenever you have time.”

Since being “opened” by Dispatch earlier this year, Hyun Bin – Son Ye Jin has become the hottest couple in Kbiz, receiving support from the public. Although it is unclear whether the two are really planning a wedding, most fans are looking forward to the couple getting married soon.