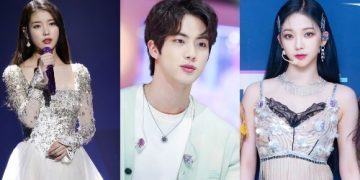 Announced Top 7 Artists Of 2021 According To 200 K-Pop Industry Insiders
Joy News 24 recently held a survey where 200 people in the Korean entertainment industry (from company and network employees to reporters and content producers) voted for many categories including category of the top artists of the year — and these seven stars all made the list.
1. BTS
Not surprisingly, BTS took the top spot in the industry insider survey with 152 votes.

2021 is a successful year for BTS with topping the Korean charts with “Butter”, “Permission to Dance” and Coldplay collaboration “My Universe”.
Their latest physical release, Butter, sold over 1,711,870 copies on Hanteo in its first day of release, and BTS is now heavily nominated for year-end music awards.
2. IU
IU ranked 2nd in the survey and received 14 votes.

In 2021, IU hit the Korean charts with “Celebrity,” “Lilac,” and “Strawberry Moon.”
In addition, her latest album, Lilac, sold over 216,000 copies on Hanteo in its first day of release and IU is currently nominated for awards at the 2021 Asia Artist Awards and 2021 Mnet Asian Music Awards.
3. Aespa
Aespa ranked 3rd with 12 votes.

This year, aespa hit the Korean charts with “Next Level” and “Savage.” Their album, Savage, sold over 147,000 copies on Hanteo in its first day of release, and aespa is now also receiving multiple nominations for year-end music awards.
4. Lim Young Woong
Lim Young Woong placed 4th while receiving 9 votes. 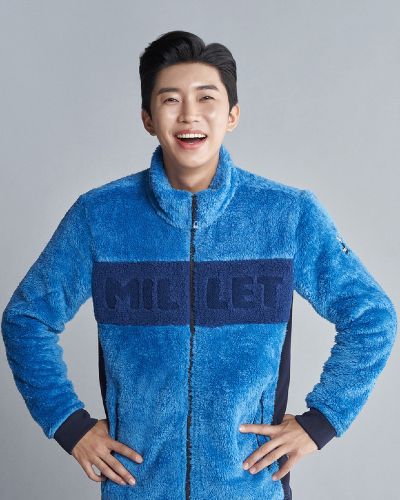 In 2021, Lim Young Woong hit the Korean charts with “My Starry Love.” He is currently nominated for awards at the 2021 Asia Artist Awards.
5. NCT
NCT ranked 5th in the survey when it received 7 votes.

This year, NCT hit the Korean charts with “Hot Sauce,” “Hello Future,” “Sticker,” and “Favourite.” NCT 127’s latest album, [Favorite], has sold over 1,174,000 copies on Hanteo and NCT is currently nominated for awards at the 2021 Asian Artist Awards and the Mnet Asian Music Awards year 2021.

6. Jeon Somi
Jeon Somi tied for 6th place in this poll with 4 votes.

This year, the female singer succeeded with the MVs “DUMB DUMB” and “XOXO.”
Her first album, XOXO, sold over 30,700 copies on Hanteo in its first day of release.
7. Lee Mujin
Lee Mujin tied for 6th place when he also received 4 votes.

2021 was a successful year for her as Lee Mujin succeeded on the Korean charts with “Traffic Light,” “The Assignment Song,” “Scent of the Day” and “Fall in Fall.” He’s currently nominated for accolades at the 2021 Mnet Asian Music Awards.