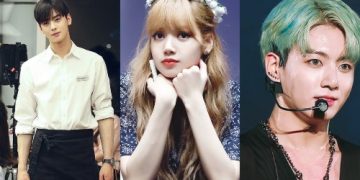 According to Allkpop, a netizen recently made an online community post titled “I think 1997-born idols are really the best.” The netizen who made the post explained, “I think most of the so-called visual members of the group were born in 1997.” Netizens further explained, “Not only idols but also actors. What happened in 1997?”

The netizen who created the post also had the name of the idol born in 1997, and many other netizens also joined the discussion on the online community to share their two cents on this topic.

Netizens commented, “Even just looking at Jungkook, Cha Eun Woo and Jaehyun, the visuals of the 97 line are crazy”, “If you know K-pop members well, most of the 97 members are members. main position or visual. or famous members. Actually, Jungkook and Jaehyun are the main vocals and visual members “,” I agree with this post, the lineup of TWICE, BLACKPINK and BTS members pretty crazy”, “There are also main vocal members in line 97”, and “I want to see Jungkook, Cha Eun Woo, Jaehyun and Minkyu perform for year-end events.”