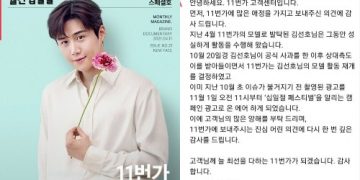 Kim Seon Ho’s advertisements have been either privated or taken down following his recent controversy, however, following the mask brand on October 28th, his endorsements are returning.
However, Knet soon expressed its opposition to this by leaving many objectionable comments on Nate Pann and Naver.
Many Korean netizens also said that they would boycott 11STREET products.
To make this clear, 11STREET responded, “Kim Seon Ho had already apologized and the other party also accepted his apology so we have decided to reinstate him.” 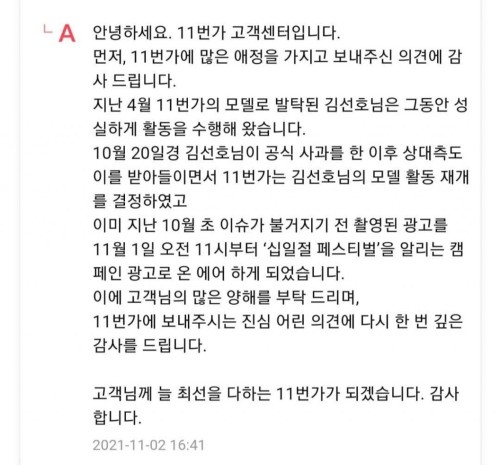 The company added, “He has been selected to be a model for 11STREET since April and he has been diligently working for us.” They elaborated, “This was an advertisement that was already filmed before the controversy that broke out in October. Therefore, we decided to reveal the November campaign advertisement starting November 1st at 11 AM. So, we ask for your understanding.”
Lovekpop95 asks netizens to calm down and properly examine this scandal, because it has been clarified. Let’s give Kim Seon Ho a chance to return to the entertainment industry. He’s a good actor.