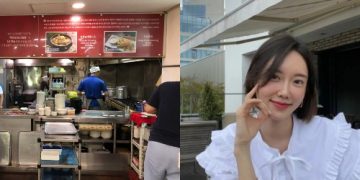 On the evening of November 2, According to Nate Pann, the parents of Choi Young Ah (Kim Seon Ho’s ex-girlfriend) own a restaurant specializing in Korean ginseng, especially famous for fried Ginseng. 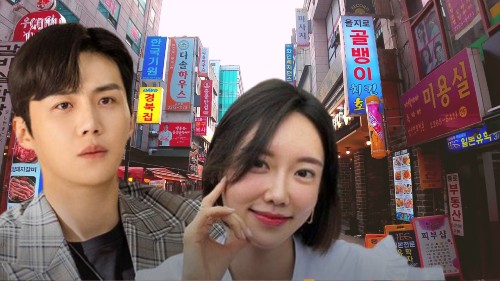 And the restaurant is said to be suffering because of the scandal of their daughter and actor Kim Seon Ho when the number of visitors in the area has decreased significantly during the ginseng harvest season.
After we published this article on the previous article, many netizens left feedback on this news:

Some comments received a lot of attention on Facebook:

Janet Cabrera
“Oh well…what do they expect?! Their daughter lacks common sense! She should have kept her dirty linen in the washing machine!🙄”

Sooghrah Emmaullee
“It was suspicious that the scandal broke out just when Hometown Cha cha got good TRPs and reviews worldwide. When I had commented on another post, someone told me that the “girlfriend” had the right to take her “revenge” since it must have been difficult for her to see that the person who abandoned her is becoming successful. I cannot agree with this; especially in matters of actors and actresses. Anyone can easily accuse an actor/actress but both sides should be heard first. The fact that the actor’s partner is a non-celebrity does not mean she is a Saint. And the fact that a person is working as an actor doesn’t mean he should not have personal/relationship problems. Recently I have noticed that it has become a trend in Korea, that whenever someone becomes successful, there is a victim who comes out of nowhere and suddenly wants justice in public. Some stories might be true but instead of waiting for the person to become successful, why don’t the victims file for police complaint in the first place?”

“I didn’t know her parents id and business name was disclosed. That being said, when we make the decision to buy food etc., We don’t usually ask who the owner is. I think they are just having a bad time”

“That’s karma. She wanted to hurt a person an instead she hurt her loved ones.”

“No one to blame. She’s done this all to herself.”

“You reap what you sow, dear. What goes around comes around. Again with the name dragging.. She doesnt have a name or smthg?”

“Better to be nice person inside and out, think before you click, damage is done, Kim Seon Ho real victim , sooner everything will be okey to both family.”

Amy
“This is why kim seon ho did not want this to go public. Damage has been done. For your own sake and selfish then handle it by yourself girl. You know kim seon ho will never sue u bcs he care about u and ur family but see what the public did after know the truth.”

“well that’s what you get from being so selfish….. think before you act!”
Tags: Choi Young AhKim Seon Ho
Share628Tweet392Pin141