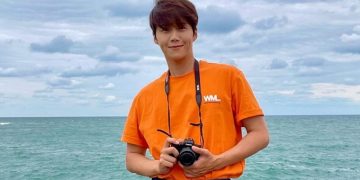 Revealed Kim Seon Ho does not need to compensate for advertising contracts because he did not break the law!

Despite the scandal of forcing his ex-girlfriend to have an abortion, Kim Seon Ho was allowed to keep the advertising image by three brands and was not required to pay for the contract.

In a recent video, YouTuber Lee Jin Ho revealed Kim Seon Ho was earn five billion won from ads. Many people think that he will have to pay double or triple the amount of the contract he earns because of the scandal, but the opposite is true, because commercial contracts do not contain provisions relating to Seon Ho’s private life. You only have to pay fines in case of breaking the law.

The YouTuber added, “So far, no brand has asked him for compensation. But Seon Ho can refund part of the remuneration if the contract ends early.” Lee Jin Ho is a reporter who first revealed the identity of Kim Seon Ho’s ex-girlfriend. 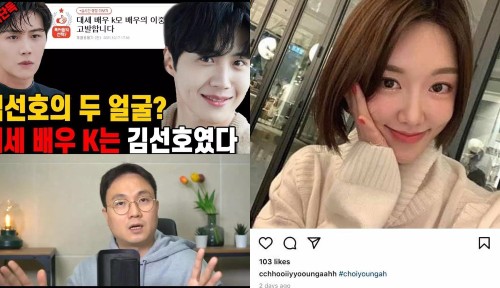 After 10 days of the scandal, some partners publicly returned his image on their platforms. The miima mask brand told the media: “The whistleblower accepted Kim Seon Ho’s apology. Although Kim Seon Ho is at fault, forgiveness is also a necessary value. Usually when there is a controversy, brands will complain to representatives. However, this can have a biased and directional effect, so we do not. It is extremely important to remain objective and tolerant in this matter.”.

Cosmopolitan newspaper said that Kim Seon Ho is a rare Korean star who can peacefully exist amid a private life scandal. Not only keeping the advertising contracts, the actor also increased the number of followers on his personal page, reached the top TV character of the year at the Seoul Drama Awards, led the poll of Popular Star at Seoul Drama Awards and Asian Artist Award (AAA). The product he advertised sold well. His advertising images still appear in public places and on buses.

On social networks, many people expressed their absolute support for Kim Seon Ho. Through the show 2 days 1 night, they perceived him as a kind, friendly and caring person. They also trust the good words of colleagues for him. Besides, some staff and actors of the movie Hometown Cha-Cha-Cha also spoke out to defend Kim Seon Ho.

Kim Seon Ho was born in 1986, used to act in theater for nearly 10 years before turning to movies in 2017. He is loved for his handsome face, charming dimpled smile and emotional acting. He gained attention thanks to the movie “Start-Up” and entered the A-list stars thanks to “Hometown Cha-Cha-Cha”.