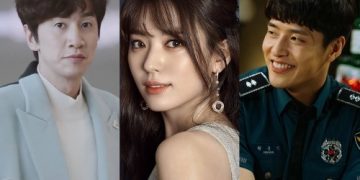 On the morning of October 29, the producer of the historical movie ‘The Pirates: Goblin Flag’ confirmed the movie’s release date was during the Lunar New Year holiday.

The movie starring Han Hyo Joo, Kang Ha Neul, Lee Kwang Soo, Kwon Sang Woo, Chae Soo Bin, EXO’s Sehun and more, ‘The Pirates: Goblin Flag’ is a drama with historical elements. while surrounding the story of a group of unlikely pirates who set out in search of the Lost Treasure of the Goryeo Dynasty.
The series is season 2 of the 2014 hit ‘The Pirates.