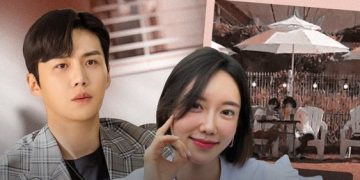 Recently, developments related to the scandal of Kim Seon Ho and his girlfriend have been clarified. Many media outlets as well as independent journalists have provided clear evidence that Kim seon Ho’s ex-girlfriend is a promiscuous, ambiguous relationship with many men at the same time. “Ms. A had promiscuous tendencies and even brought three men to the house to sleep with them within a span of three weeks“.
That’s why netizens are increasingly suspicious that “Kim Seon Ho wasn’t the baby daddy!!”
Shawol6Ever

“That’s what I’m thinking too! Maybe she put all the responsibilities to KSH bec of his fame. ***”

“Yeah.. I had that doubt after reading the article about Dispatch yesterday but in there they only said she lied to Seonho about being with men. That was kinda ambiguous u see, being with men can mean non-sexual stuff too right? But today after seeing this I’m really wondering if the baby was his at all.”