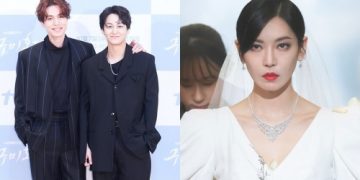 Season 2 of ‘Tale of the Nine-Tiled’ is 16 episodes long with Kang Shin Hyo returning as director. The first season starring Lee Dong Wook, Jo Bo Ah, and Kim Bum previously aired in 2020, and it follows a mythical nine-tailed fox that lives in a city and a director who delves into Supernatural.
Season 2 will still feature two handsome actors Lee Dong Wook and Kim Bum.