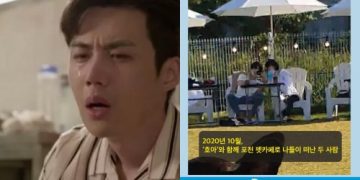 Kim Seon Ho ex-girlfriend is someone who has married and divorced her husband, dating many men at the same time.

Much evidence has come to light, Kim Seon Ho’s ex-girlfriend Choi Young Ah was discovered to be a married and divorced woman. At the same time, the secret was also revealed that shocked the fans that while dating Kim Seon Ho, Choi Young Ah often lied and dated many men at the same time.
Choi Young Ah met Kim Seon Ho at the end of 2019 through a gathering with her friends and in early March 2020, the two started dating. In mid-March, she admitted to Kim Seon Ho that she had been married before and is a divorcee, which flustered Kim Seon Ho a little. After consulting with his friend, however, Kim Seon Ho decided he still wanted to date her.

“I’m going to keep seeing her. I started seeing her because I like her. Of course, my parents are worried. But for me, it doesn’t make a difference if she is divorced.”

Kim Seon Ho wanted to be with Choi Young Ah, so he traveled a lot to Busan and Gapyeong to spend time with her. The two frequented the zoo, amusement parks, and Seoul suburbs. 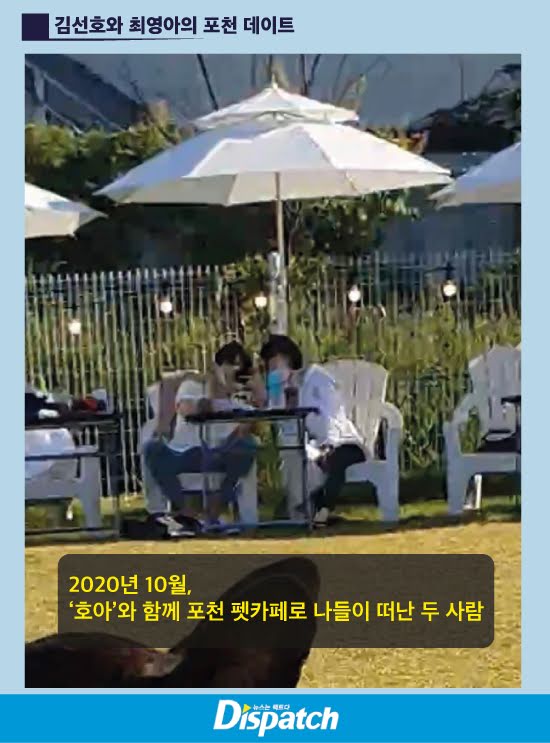 In her revelation, Choi Young Ah stated that the two had to keep their relationship secret and they couldn’t even hold hands in public. Dispatch questions why she tried to hide the good memories she made with Kim Seon Ho out and about. Dispatch also pointed out that she accused Kim Seon Ho of changing personality after the abortion, but their visit to the aforementioned pet cafe came after the abortion.

On July 8, 2020, Kim Seon Ho received a lengthy apology message from Choi Young Ah. This message followed the couple’s first break-up dated July 7. Dispatch commented that Choi Young Ah had repeatedly lied to Kim Seon Ho which caused him to bid her goodbye.
Also around this time, Ms. Choi Young Ah is considered to have been in a relationship with another man.
According to Dispatch’s timeline, Choi Young Ah confirmed she was pregnant on July 24, 2020. She had been emotional when she texted and called Kim Seon Ho, though in her revelation she said that Kim Seon Ho reacted negatively. Friend B’s story, however, is different. He revealed that Kim Seon Ho’s message called the pregnancy a blessing and comforted her not to cry.

“At first, he celebrated it with her. He said it’s a good thing to have happened to them. But in reality, he was actually scared. He thought about it a lot. Unfortunately, the two agreed to let the baby go and he couldn’t have been more cautious when he talked to me about it.”

On July 27, 2020, on the day of the abortion, Friend B waited a while for the couple in the parking lot. Friend B pointed out that Kim Seon Ho and Choi Young Ah ended up talking and she started having different thoughts. Eventually, the two came down to meet up with Friend B and go forward with the day as planned.

“They came down with swollen eyes. The decision must not have been easy to make. When I went to the hospital with [Choi Young Ah], [Kim Seon Ho] went around shopping for seaweed soup. He’s not someone who is great at cooking, but…”

After the abortion, Kim Seon Ho is said to have cooked seaweed soup for Choi Young Ah for two weeks. Note that in Korea, seaweed soup is highly recommended for women who have recently given birth. In an episode of 2 Days 1 Night, he can be seen reciting the recipe for seaweed soup. Dispatch stated that while Choi Young Ah had been taken care of as such, she accused Kim Seon Ho of having completely changed in attitude following the abortion.

Kim Seon Ho talking about seaweed soup on 2 Days 1 Night. | KBS
Dispatch then questioned why Choi Young Ah insisted that Kim Seon Ho wanted to hide her from his parents. According to Choi Young Ah’s “Friend C,” Kim Seon Ho had actually introduced her to his parents as his girlfriend, though he did leave out the fact that she had been divorced, all after the abortion took place.

“Even after the abortion, she grew close with Seon Ho’s parents. He tried hard to be trustworthy. He also adopted a Shiba named Hoa (Ho+Ah) so she wouldn’t be lonely while staying by herself.”

Dispatch also brought up how Choi Young Ah accused Kim Seon Ho of being money-hungry. While her revelation made it sound like he only provided the ₩2.00 million KRW (about $1,710 USD) after the abortion, her “Friend D” told Dispatch a completely different story.

“Her tendency to splurge on luxuries made things difficult for Kim Seon Ho. During Christmas, she bought a luxury bag worth ₩7.00 million KRW (about $5,990 USD). She used her own card but had Kim Seon Ho pay it off. She bragged about it, so all of us know.

I was dumbfounded when I heard about the “abortion money” thing.

I’ve never seen Choi Young Ah pay for anything. Kim Seon Ho paid for most of her things. He’s the one who likes luxury goods? Please. Everyone around her knows who is the one actually obsessed with luxury goods.”

Both Friend C and Friend D sided with Kim Seon Ho, despite their friendships with Choi Young Ah.

“Choi Young Ah also worried about the abortion. Of course, it’s not an easy decision to make. Kim Seon Ho must be tired of her lies. It’s ironic that she is criticizing him at this point. She grew pretty possessive too. She would check his phone for texts and DMs. She wanted Kim Seon Ho to go bankrupt and come back to her. And, well, that’s what happened.”