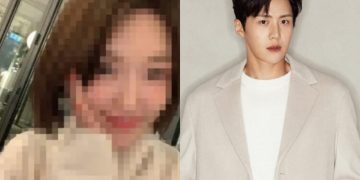 The “Actor K” incident involving actor Kim Seon Ho has not shown any signs of cooling down after the actor admitted to acting with his ex-girlfriend. However, a few days ago, Naver reported on rumors that Kim Seon Ho and his management company Salt Entertainment had expired their contracts in September of this year, at the same time many netizens also made false claims. Theorized that the “Actor K” scandal was created by his ex-girlfriend and his agency to destroy him.
Salt Entertainment released an official statement today to clarify the matter:

“The rumor that Kim Seon Ho’s contract with our agency expired in September is not true,” stated SALT Entertainment. “He still has enough time left on his contract that it’s not even time yet for us to be discussing a renewal.”

The agency also stated firmly, “What the person claiming to be Kim Seon Ho’s acquaintance wrote about [his ex-girlfriend’s post] being related to his contract is completely groundless and false.”