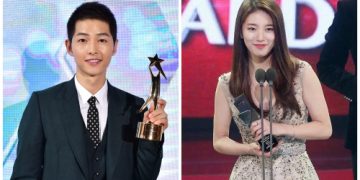 The Seoul Drama Awards 2021 officially took place today, October 21 at MBC’s Public Hall. The award ceremony was organized by Park Eun Bin and Cha Eun Woo of ASTRO.
To prevent the spread of COVID-19, this year’s ceremony was held without an audience and without direct contact. The entire event was streamed live via YouTube.

Congratulations to the winners!