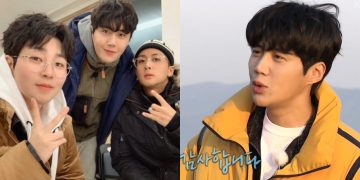 On the morning of October 20, shortly after actor Kim Seon Ho admitted to being “Actor K” in the recent scandal with his ex-girlfriend, KBS2 released an official announcement confirming that the actor Kim Seon Ho will be leaving the cast of ‘1 Night, 2 Days’.

A representative of KBS’ stated, “”Hello, this is the staff of KBS2’s ‘1 Night, 2 Days’ season 4. The production staff has officially decided that actor Kim Seon Ho will be leaving the program, after his recent controversy. He will also be edited out to the best of our abilities in upcoming episodes which were already filmed prior to the controversies, in order to minimize the discomfort inflicted on viewers. The production staff of ‘1 Night, 2 Days’ will continue to do our best to create a good program moving forward. Thank you.”

According to various media outlet reports, the cast members of ‘1 Night, 2 Days’ have also been notified of Kim Seon Ho’s departure from the show earlier today. As of now, the next filming for ‘1 Night, 2 Days’ is scheduled to take place on October 29.