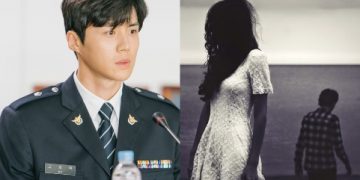 On the morning of October 20, actor Kim Seon Ho admitted and issued an official apology to his ex-girlfriend ‘A’, after being caught up in a scandal that his ex-girlfriend accused her of forcing her to have an abortion.

“This is Kim Seon Ho. First, I sincerely apologize for my belated statement. When I first saw the news articles with my name on them a few hours ago, I experienced a fear like I had never felt before, which is why I am only now presenting myself in writing.
I date this person with good feelings. But during the relationship, I hurt this person due to my incompetence and lack of consideration. I had hoped to meet with this person again in order to deliver my sincere apology, but I am currently unable to do so and am waiting for that time when I am presented with the opportunity.
In the meantime, I hope to relay my apologies in earnest through this letter. I would also like to apologize to all those who trusted me and cheer me on until the end, for disappointing you. I was only able to stand tall as actor Kim Seon Ho because of the people who cheered me on, but I had forgotten this fact. I also take this time to apologize to the many people who worked with me on various productions for the harm which I have caused, due to my mistakes.
Once again, I want to sincerely apologize to all who may have been hurt by this incident. I know that these ramblings are insufficient to reach many people earnestly, but I offer my honest thoughts in any way that I can. I am truly sorry.”
Previously on October 17, an anonymous netizen, who revealed that they dated an ‘Actor K’ in 2020, claimed that ‘K’ has persuaded her into getting an abortion, under the pretense of marriage. Approximately 3 days later, Kim Seon Ho has now stepped up to admit that he was the rumored ‘Actor K‘ involved in the controversy.