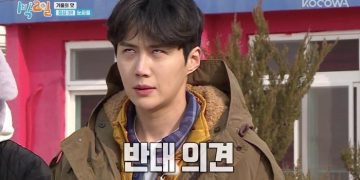 Currently, actor Kim Seon Ho is really in big trouble when the scandal about “Actor K” has not been troubled yet.
Recently on the Korean online community Nate Pann, a post said that director Park Hoon Jung and the producer are intending to remove actor Kim Seon Ho from the upcoming big-screen movie ‘Sad Tropics’.
It is planned that right after the end of Hometown Cha-Cha-Cha he will start filming the ‘Sad Tropics’ without taking a break. This is the first big screen movie that Kim Seon Ho participated in.
Previously according to reports on September 6th, the actor has confirmed to take one of the leading roles in the upcoming film ‘Sad Tropics‘ and is currently negotiating the details.

‘Sad Tropics’ is the story of an aspiring professional boxer, who was born between a Korean father and a Filippino mother. The film will be led by two main characters and Kim Seon Ho is one of them.
If the rumors are true, this will be a shock to Kim Seon Ho and fans.
Currently, lovekpop95 is still constantly updating all the latest information about this case.