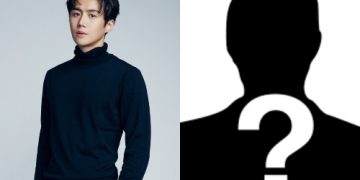 Recently a scandal has surfaced, specifically On October 17th, there has been a commotion in the online community as a netizen claiming to be an actor K’s ex-girlfriend began exposing the actor for his misdeeds.

The female netizen ‘A’ wrote on a popular online community, “Exposing duality and the real shameless-self of actor K, who has recently been raised to stardom,” claiming he forced her to have an abortion and took advantage of her under the pretense of marriage.
‘A’ introduced herself as the actor’s ex-girlfriend and they have broken up about 4 months ago. She explained she got pregnant after single unprotected intercourse. She said she was told she was physically weak to get pregnant since she was young, so she wanted to deliver the baby. However, unlike his initial promises, actor K started saying “If you give birth now, I have to pay 900 million KRW in damages but I don’t have money right now. What if you jeopardize my parents as well? Let’s move in together? next year.”, encourage her to have an abortion.

‘A’ says he completely changed after she had an abortion. She wrote, “He sent me 2 million KRW for abortion procedures. I thought I would share I have been in and out of the hospital so I sent him pictures of receipts and showed how I spent that money. He then flipped out like a mad man saying if I was trying to make him feel guilty. He also started to make a big deal out of something minimal and threaten me.”

‘A’ also wrote that she laughed when he came under fire for screaming on a TV show. “That’s one of his genuine sides. Unlike his public image, he is cruel and cold in real life. He also frequently badmouthed behind of his co-workers including his seniors, colleagues, director, and everyone around him.”

‘A’ said he broke up with her over the phone call he can’t risk his finances and popularity. As many requested proof of her claims, she wrote, “Many of you have been requesting pictures, and it’s not hard. There are many pictures. I have kept them in private just because of possible legal issues. [omitted] I have been suffering suffering. in guilt and pain for over a year and I didn’t hastily decide to write this.”

Immediately, many netizens turned their attention to the actors whose names start with the word “K”.

hnnjeje
“who would it be? she said “actor K who has recently been raised to stardom” , there’s few name on my mind right now, is it wi ha joon, lee do hyun, song kang, lee jae wook, kim seon ho, ahn bo hyun, kim dae young, hwang in yoeb…….. is it one of them? omg i hope im wrong”

“is the “actor K” are the pseudonim to hide the identity of the actor or the real family name of the actor? like , kim, kang, kwang, kwon, koo, ko, g/kong, kyeong, ki, if it’s just a pseudonim then it is probably one of the actor i wrote above”
Elijah8922

“For the moment everything leads to believe that it is Kim Seon Ho, the Kim who is most famous at the moment I’m remembering I just hope they don’t attack without knowing who it is first and don’t defend him just because he’s their favorite actor, if that everything is true is a crime what BOTH did.”
However, netizens quickly found proof that Actor Kim Seon Ho is really clean:

Let’s not make any assumptions”