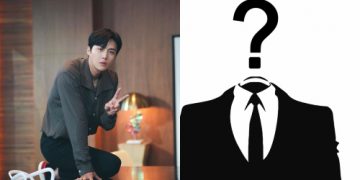 [Exclusive] Spotted the evidence that Kim Seon Ho broke up with his girlfriend while he was in the army, he’s not “Actor K”.

[Exclusive] Spotted the evidence that Kim Seon Ho broke up with his girlfriend while he was in the army, he’s not “Actor K”.

[Exclusive] Spotted the proofs that Kim Seon Ho broke up with his girlfriend while he was in the army, he’s not “Actor K”.

Currently, the whole social network is holding their breath watching the scandal of Actor K and his ex-girlfriend. When all the evidence is against actor Kim Seon Ho, and the arms are pointing towards him. We have flipped through old articles.
You have to be sober, please note that reporter Lee Jin Ho said, “Some Korean media since September have reported that Kim Seon Ho is having trouble with his ex-girlfriend. This content matches the description of A (the accuser) )”. That’s why reporter Lee didn’t hesitate to directly name Kim Sun Ho as the male lead in the scandal.”
However, the truth is that the revealing interview about Kim Seon Ho’s ex-girlfriend has been interviewed since 2016, but it was only republished by the media this past September when Kim Seon Ho’s popularity increased.
We quote that interview again:

Kim commented, “When I was in the military, my then girlfriend of three years, sent a text that read ‘Oppa I’m Sorry’ as her way of ending the relationship.”

After receiving the text, he couldn’t get in contact with her so he came all the way to her house.

After meeting with his girlfriend, she revealed that she was on her way to meet her new boyfriend. After hearing that, Kim asked that they talk and blocked the elevator. He thought that would stop her, but she just started to use the stairs.

Kim revealed, “I shouldn’t have done it but I kneeled in front of her right then and there. I was really desperate because I was a soldier.”

But, his girlfriend was totally over it and just ignored him as she continued down the stairs. Kim ended up kneeling and trying to win her back as they went down four flights of stairs.

He added, “I kneeled for about three hours and eventually wasn’t able to have a deep conversation with her. Our just conversation includes ‘Don’t go’ and ‘No I have to go’.”