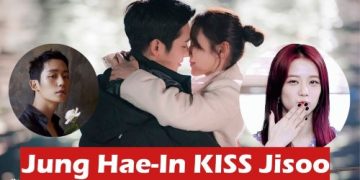 On October 14, The teaser revealed the setting of Hosu Women’s University in 1987 Seoul as Su Ho (played by Jung Hae In) bikes around in snow. His voice over states, “I’m sorry. I’ts because of me.” Su Ho can then be seen sitting with Young Ro (Jisoo), who says, “I miss you. I wish I could see you just once.”

this will be my alarm from now on

On the other hand, fans also shared about a YouTube video that is said to reveal a passionate kiss scene of Jung Hae-In and BLACKPINK Jisoo.
Many fans were excited about this revelation.